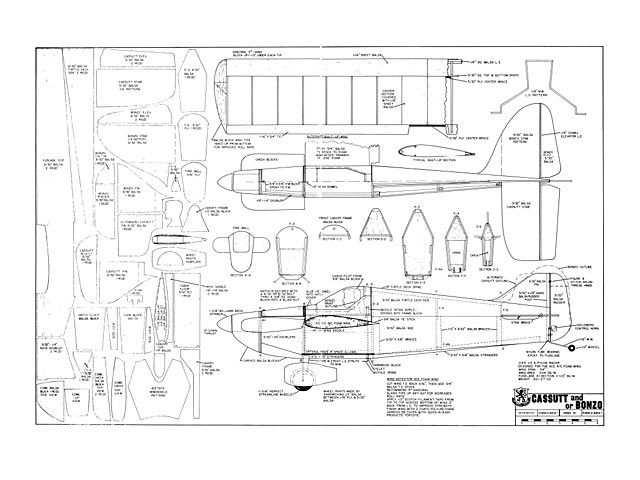 Quote: "Midget Pylon Racing with .049 Goodyear type R/C pylon racers, is, at the moment, beginning a wildfire spread in popularity across the country.

This 2 channel .049 Midget Racing event is designed to make racing a fun event, and encourage participation by the casual Sunday flier. The planes are small, simple, easy to build, easy to fly, and relatively low cost. The recent May issue of RCM saved the starting flag, following a very successful preview by ACE R/C at the Toledo Show, with Don Dewey's proposed rules governing 1/2 A Midget Goodyear racing, and Owen Kampen's construction article on the Upstart Racer (oz8124) designed for this event. This was followed by ACE R/C's introduction of the Upstart kit, a top drawer product at a real bargain price.

Now that a couple of thousand Upstarts are flying the closed course around the country, it's about time they have a little competition. The Cassutt is a direct outgrowth of the Upstart design.

Last January I dropped in on Owen Kampen to do a little 'hangar flying' since not much else outside of building can be done during a Wisconsin winter. I was surprised and delighted to see his newly completed prototype of the Upstart. He and I both had been spending our winter months developing new design ideas around the ACE mini foam wing and this one really snagged my interest.

He handed me a copy of a list of racing proposals he compiled for an .049 Goodyear type Pylon Racing event. By the time I finished reading it my subconscious urge to compete was beginning to swell out in the form of goose pimple enthusiasm.

I greedily accepted a print of the Upstart plans. In our conversation that day, Owen made two comments that made a lot of sense and started me thinking of the Cassutt; that the flying skill of the pilot, more than the design of the aircraft would win the event; and that the model should maintain a Goodyear racer appearance.

So, after studying the plans for a little while I decided, rather than build the Upstart, I'd see just how scale-like I could make my racer. I saw a little full-sized Cassutt doing aerobatics over a small airfield one day a year ago and ever since then, I thought it would make a great R/C design whether used for racing, aero-batics, or just fun flying..." 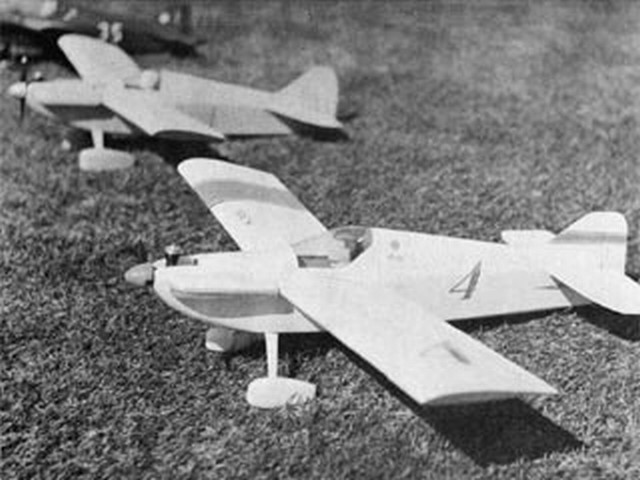