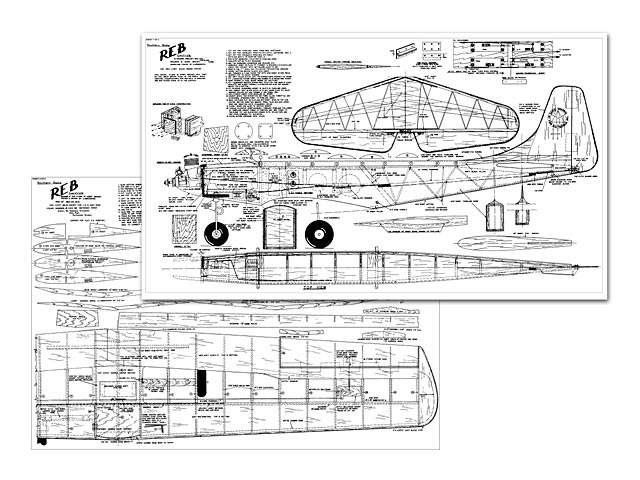 Reb. Radio control contest model. This model, flown by Harry Brooks was part of the Great Britain team in the World Radio Control Championships for 1962 held in England, and was placed equal 1st in the contest.

Quote: "Reb has been under development for over 1-1/2 years. It started life as REBEL with a two-wheel U/C and a square section fuselage. The design (as is usual with this type of model) has been influenced by all the well-known craft that have gone before. What I considered to be the best features from all these I have used. The points controlling the design from the word go have been: (1) It had to be easy to build. (2) It had to be 'groovy' when flying without any vices. (3) It had to carry all its radio equipment complete with servos, batteries and trim mechanism in the easiest possible manner,. bearing in mind that modern equipment will allow for model long life, and all units must be accessable. (4) Easy to transport, hence the reason for the conventional type aileron. (5) Allowance has also been made to encourage all the practice flying necessary for the pilot to obtain real contest experience. For instance, it has an extremely easy method of motor attachment which allows for a change of motor in 5 to 10 minutes. Reinforcement around the landing gear to combat continual take off and landings (even poor ones). Servo removal can be accomplished also in a matter of minutes. (6) Use of ready-made commercial fittings that are readily available to the R/C modeler..."

Article pages, text and pics, thanks to MikeDenest. The plan and article appeared in American Modeler March/April 1963. 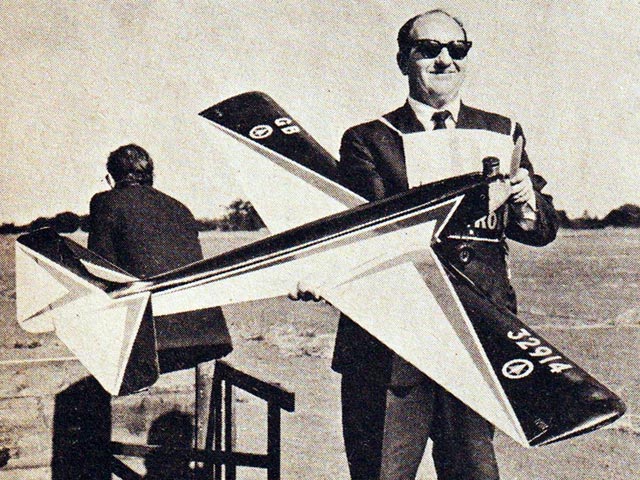