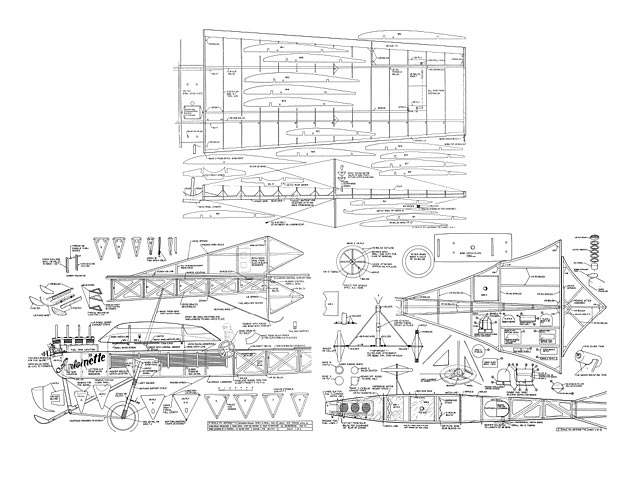 Quote: "Big, graceful, and slow characterize this much-loved airplane from aviations early history. Model has 8-foot wings and weighs 9 pounds, yet flies realistically on only a .36 ...the Antoinette flew again in modern times when it was chosen, because of its unique appearance and size, as one of the airplanes in the film Those Magnificent Men In Their Flying Machines. To us, it was the most graceful of the old machines, and the idea of an RC version took shape. The 2-in. scale model presented here is adapted from the film ship, since some points of the original left much to be desired with respect to modeling. To build the Antoinette for entry in AMA scale competition, some additional research is recommended ...some modifications had to be made to achieve a stable, structurally sound RC plane. The two major changes were a conventional airfoil and a more forward landing gear location. A small amount of lead (one pound) was added to locate the center of gravity at 33% of the chord. " 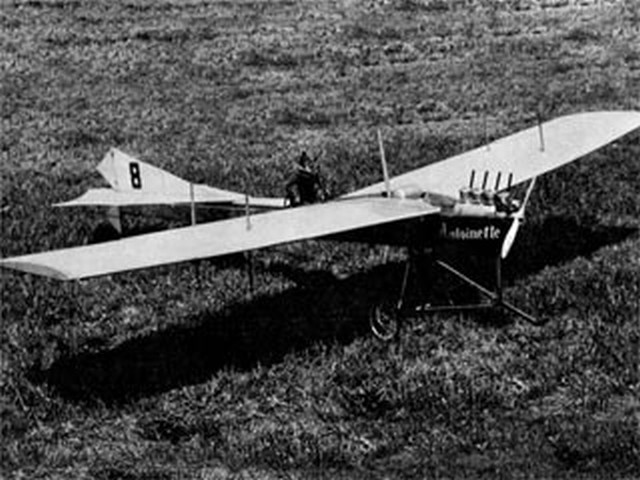