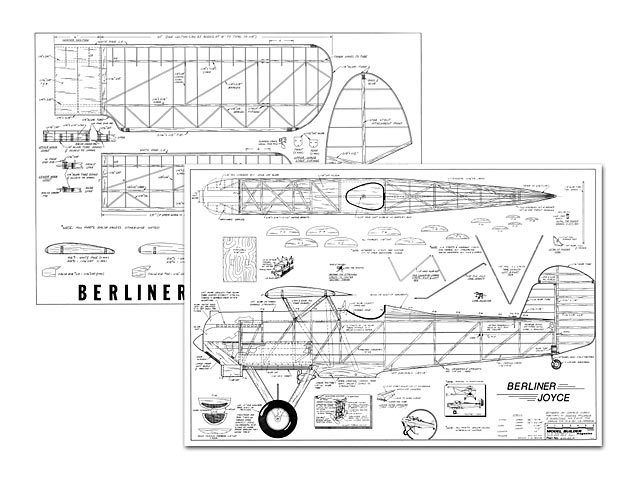 THIS model gas plane will appeal to all model builders and the aviation enthusiasts who have been grounded by Department of Commerce regulations against light planes. You can have nearly as much fun, learn as much about airplane feel and balance, from making this highly successful flying gas model as you can from building and flying a light plane.

The performance of the little ship is amazing. It will fly 15 minutes on one tankful of gas It Lands at a flat angle, and can be pre-set to slowly circle the field on which it is flown. After many tests, it was fitted with a miniature 16 mm camera, and it took off with this 2 lb load, taking a complete record of a model airplane in flight. Projected on the screen, the shots gave a gnat's-eye view of what a landing looks like from the cockpit of a model plane!

It has outflown, outclimbed and outperformed many touted designs. It is powered with a 1/2 hp 2-cycle air cooled single cylinder gasoline engine. The particular motor used in this model weighs 6-1/2 oz, and has a 7/8-inch bore and 1-inch stroke.

To prevent the model from flying out of sight it has been fitted with a little timer made from three old clock wheels. This starts functioning when the plane takes off, and shuts off the ignition after a few minutes run. Then the plane comes down in a gentle glide. After the first tests no crackups were experienced. The plane presented here is a tried model and will give excellent satisfaction.

In general this model differs only in size and certain minor details from the ordinary model airplane with which all builders are familiar. This being the case it is unnecessary to dwell upon the actual construction excepting in such instances as may seem to require explicit instruction.

The fuselage which is built first presents no unusual difficulty. It should he made from 1/4 x 1/4 hard balsa with the same size wood for all struts and diagonals from front bulk-head to back of the cockpit...."

Hi Steve - Here is Donald Evans' Berliner Joyce, the old timer of the month, from MB magazine issue 02-77. Originally published in Modern Mechanix & Inventions, Aug 1935. Note the plan shows wingspan at 66in but with a note that adding an extra bay would make 72in. 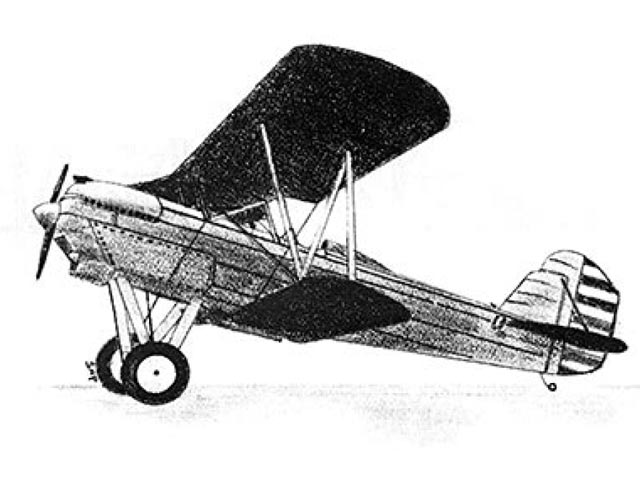