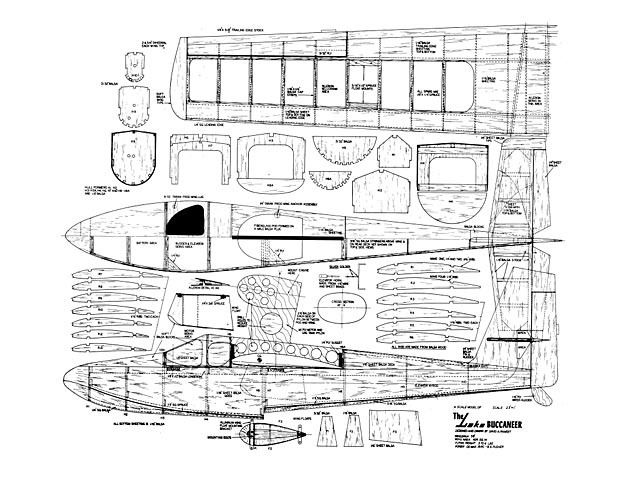 Quote: "Ever since I saw the Lake Aircraft ad on the back cover of Private Pilot Magazine, I began to imagine how a radio controlled version would work. Using the scale infor-mation from the factory, I began scaling down the original to a size that I liked. The most pleasing feature of the Lake, as far as water handling, is that it has a very broad step. This pays off as the Lake model when given full power will plane in ten to fifteen feet. On dead calm water the Lake handles like a dream; however in windy weather the waves cause excessive drag and water handling becomes a problem. I found I had to add the water rudder to im-prove this tendency. One word to you people who say that a .19 will never be enough power. If you keep the weight under 4lb you will have no problem. After you take off under full power, you will cruise at 1/3 power. The Lake as I designed it is a floater, both in the air and on the water. It is a good penetrator, extremely maneuverable, has a good glide and it does not show any bad stall characteristics. Because of the small amount of elevator throw on my Lake, it has not stalled yet. This is a fine water plane and it can be built in three ways; as the Lake Buccaneer, the Lake LA-4, and the Lake Pirep. The difference is mostly in the way the different models are painted, as far as your model will be concerned..." 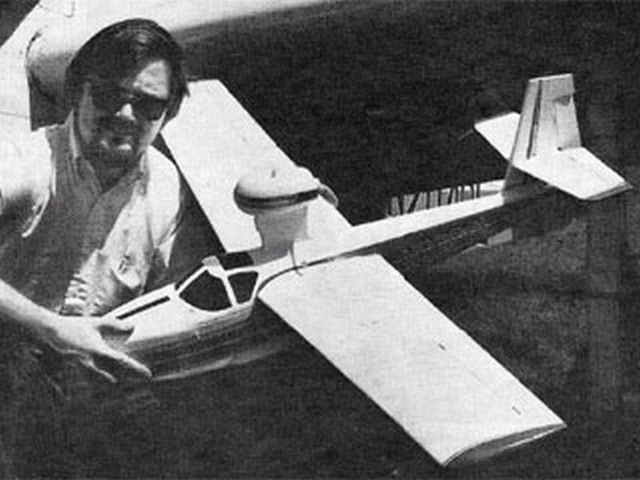 Hi, i built this plane in the early 80's and i never got it to fly, it was sold by MRA (frenche, Model reduit avion) i saw a real one at montpellier 10 years leter only to see that the engine was pointing at least 5° more towards the sky, looking at your plan i might build one next year
pauldet - 02/12/2013
Add a comment