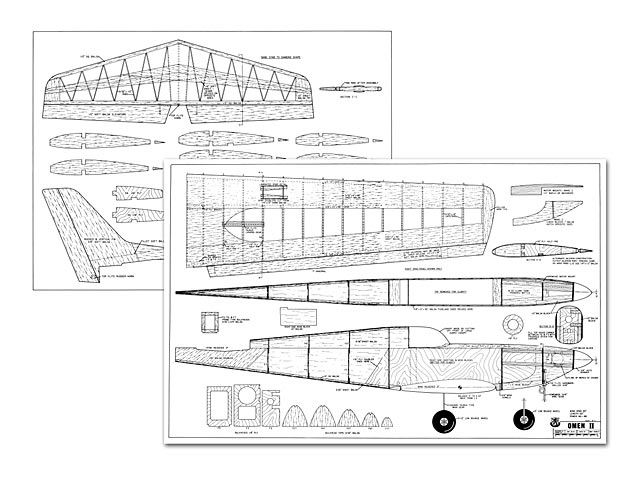 Quote: "Omen II is the most successful of a series of Omen's that I have been experimenting with and flying for the last two years. Its clean lines and almost scale-like appearance make it most pleasing, both in the air and on the ground.

After spending almost six months on the initial design and construction of the prototype, the day was finally at hand for the test flight. I chose a Tuesday afternoon in May. The sky was blue with only a few clouds in sight and there was only a slight breeze from the west. It was sunny with a temperature of about 70% - in all respects, a perfect day.

I filled the 16 ounce tank and checked out the Logictrol system - everything was go! I hooked up the glowclip, primed my Merco 61, and flipped it over once, it almost started. On the second flip it let out with a powerful roar. I throttled it back to a smooth purr, taxiied out to the strip, and pointed her to the west. I pushed the throttle all the way open, and the Merco let out with its healthy roar.

The big Omen started down the strip, gaining speed as it went. When it appeared to have sufficient ground speed, I eased back on the elevator. She lifted off lightly and, ever so slowly, gained altitude in a smooth, scale-like manner. When she had enough altitude, I found that the only trim needed was a touch of up. The transmitter trim took care of this easily, so I went on with the business of checking her out - loops, rolls, Immelmans ... slow and breathtaking! Enough for the first flight, I then set up a landing approach..." 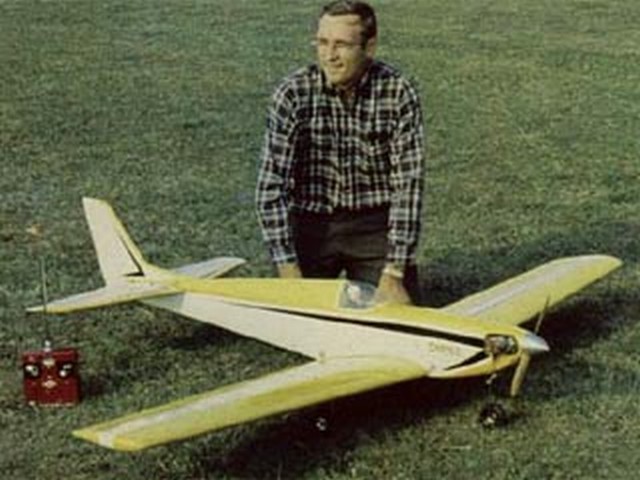