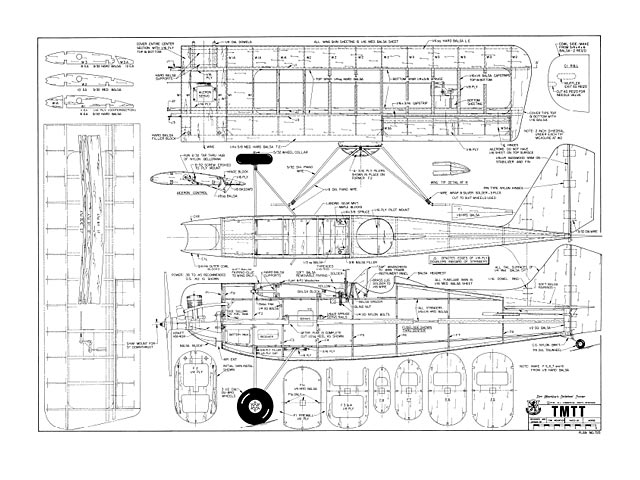 Quote: "There is hardy an R/C Modeler around these days who does not have a few thoughts now and then on the subject of what airplane would make an acceptable construction article. In other words, what does this country need besides a good 5c cigar? It is not an easy answer to come up with when you consider the large number of plans for all kinds of planes just waiting for an eager builder like yourself.

Tom Mountjoy, if you don't already know, is a serious contender for the tail-dragger of the year award. Tom has noticed that 9 out of 10 Scale or Sport Scale winners, whether it be a flying or static contest, are taildraggers. Not only the winners but also the entries. There are many different reasons for the popularity of the taildragger type, but when it is all said and done. I suppose the real attraction can be summed up in a few well chosen words. For example: classic lines, visible details, colorful paint schemes and, for the old timer, just plain 'nostalgia' (means homesickness)

During one of the last big R/C shows, I had the pleasure of talking with several of the super builders who entered some of the most beautiful models I have ever seen. I was surprised to learn that many of these experts were not too interested in flying their creations. A situation that seems logical when you consider the hours spent on this type of project.

With the above in mind, it occurred to me that what the scale modeler needed was a 'taildragger trainer''. Something that could be built in a reasonable length of time, that is relatively easy to fly, and rugged enough to take abuse. A sort of basic trainer, to fill the gap between the high wing tricycle job you learned to fly on, and the beautiful scale job you may have just about finished.

Since a scale modeler has a need, as well as talent for showmanship, I decided the taildragger trainer must be colorful in appearance and still maintain the vintage look of the 1930's. With the above in mind, I went to work.

Constructing the Fuselage. The first step is to read the plans carefully and make certain you understand the method of construction. You will note that the 1/2 in square balsa rod running from behind the firewall to the tail post acts as an assembly jig for mounting each of the bulkheads. Make sure the rod is straight and made from hard balsa. After cutting out the bulkheads, they can be glued in their proper position along the rod..." 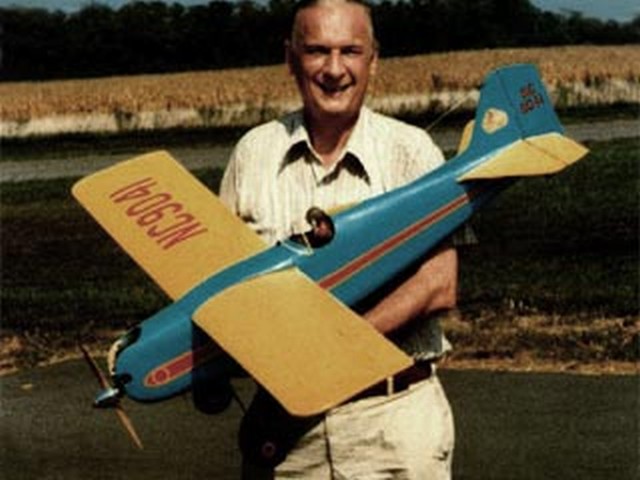