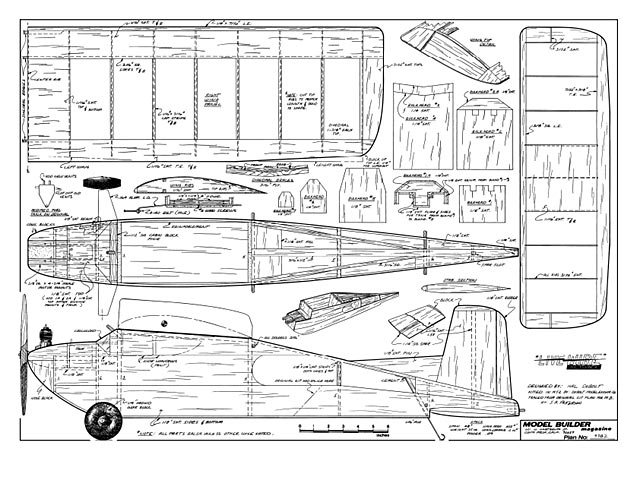 First advertised in the Spring of 1952, this aircraft served as the training tool for thousands of early R/C experimenters, which is what everyone was who tried this fascinating new hobby during the first years after the Citizens Band came into effect.

The Live Wire Trainer was the first R/C model design offered in kit form. The kit came out just before the Citizens Band, as we know it, was put into effect. At the time, there was a non-licensed band at 465 mhz, and a system that was quite successful was offered by Citizen-Ship Radio Corporation. This equipment, and the 'Trainer', probably started many of today's old timers into R/C. During its lifetime, which spanned a decade, between 40 and 50 thousand of these kits were produced. Originally announced at an industry trade show at a price of $6.95, the hobby distributors were reluctant to order it, feeling that the price was MUCH TOO HIGH, and what future could there possibly be in R/C models!

What is probably more interesting is how something as original as this gets into production, and turns out to be most successful and an answer to a new need. If you lived as a control line flier in those days, and were serious about flying model aircraft, your dreams were about what you could do with your models, if they just did not have those darn wires attached to them..." 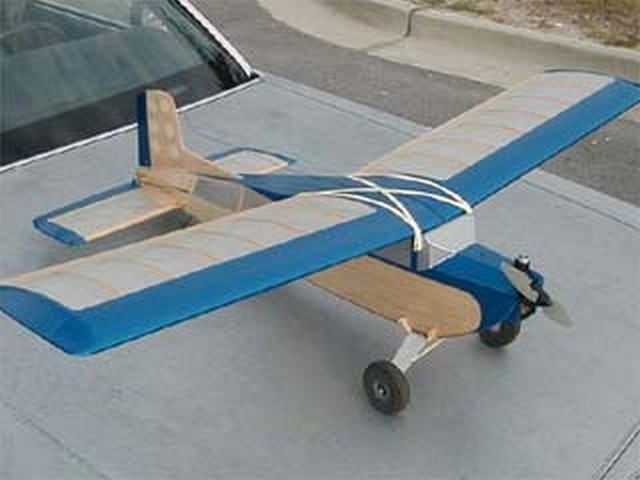 Steve, Attached is image of my Live Wire [see more pics 006]. From the original plans but converted to electric. Does not fly as well as the one I had in 1960 so I am building another one.
CarrollJernigan - 15/04/2014
Add a comment