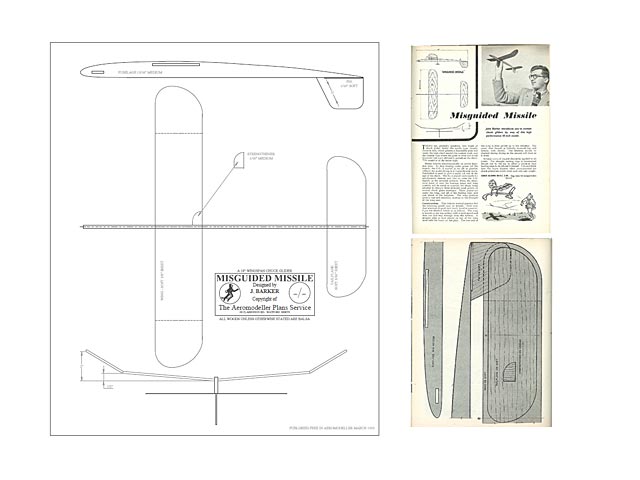 THERE are, generally speaking, two types of chuck glider, firstly the sports type, usually found in kits, which possess a reasonable glide but rarely the high climb needed for contest work, and the contest type where the glide is often not much improved but more altitude is gained on the climb. This model is of the latter type.

Design follows aerodynamically on power duration lines. To stop looping under power (of the launch) the CG is moved as far aft as possible without the model diving in if it gets its nose down. Polyhedral is used to give a rapid roll out of the end of the climb. The fin is placed underneath for aerodynamic reasons and also to raise the CG slightly in the inverted position. From the structural point of view the fuselage shape and wing position will be noted as unusual, the shape being adopted to remove three inherent weak points on normal chuck glider fuselages. These points are under the wing, just aft of the trailing edge, and just ahead of the tailplane. The wing position gives a vast and necessary increase in the strength of the wing seat.

Construction: This follows normal practice but the following points may be helpful. First note that selection of good (not hard) wood is essential, I put the dihedral breaks in as follows. The wing is scored on the top surface with a hard pencil and then cut half way through from the bottom. A straight edge is next placed on top of the wing level with the break on the plan. Tire free end of the wing is then pulled up to the dihedral. The crack thus formed is liberally smeared top and bottom with Britfix. The dihedral should be checked during drying as the cement will draw as it dries... " 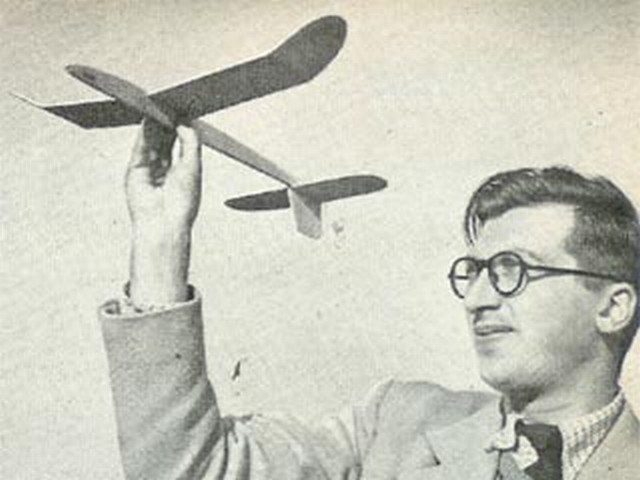