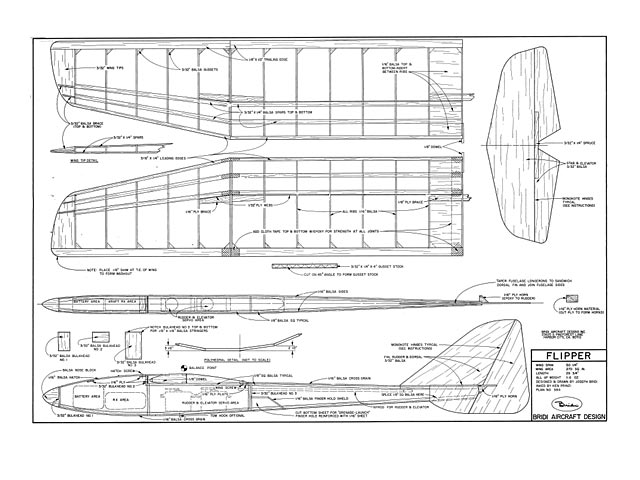 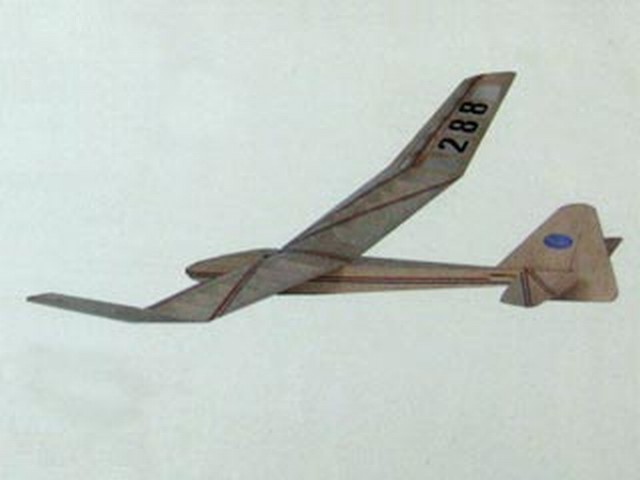 Many years ago, I had a Tercel, which was a very similar hlg from Bridi, with, I think, the same span. I thought it was marginal for hlg*, but it was kind of fun on the slope, especially in 20 to 25 mph wind with a lot of ballast. Very maneuverable then. Lots of fun trying to trace the crest of the dune only two or three feet away from it while going really fast. Not a good time to sneeze, but the wind chill was pretty bad. As I recall, everyone else waited in the car. Perhaps it would have been better for hlg with a somewhat thinner airfoil. *If memory serves, Tom Keasling had one also, and his would catch thermals more often than mine. Couldn't be a case of pilot skill, could it? Must have been some kind of unobtainium he used.
Lincoln - 10/07/2014
Hi Steve. Maybe I'm committing a betrayal to the old spirit of aeromodelling, but I've developed a 3D printed version of the hand-launched glider Flipper (oz4994). Anyway, I send you a pair of photos [more pics 004,005]. Adding injury to insult, the polyhedral angles were too much for my flying ability. After a few spiral dive crashes, I reduce them to 5 (interior) and 3 (exterior) degrees. There are some videos and a few more photos in my Instagram page https://www.instagram.com/cp_aereo/
Thanks a lot for your web. It's an incredible work and a treasure.
Yours, Angel Pradel.
Angel Pradel - 04/09/2019
I just ran across your plans after reminiscing about having this exact kit back in the 80's. A couple of things I couldn't figure out were the plywood braces at the wing tips and the centerline. I didn't see anything showing the correct the size/angle to cut those parts, and, also, how the wing screw is used. Thanks,
Dan Sutton - 08/06/2020
Yes, this is a plan from a kit, and kit plans often don't show all parts and formers, since they were already supplied, in the box. If you are going to scratchbuild from this plan, you'll have to put a little work in. But not that much - the polyhedral angles of the wing are shown on the drawing, so that's easy. For the wing mounting system, the front of the wing is wedged (trapped) in place, then a screw at the back clamps it all down. To be honest, whatever wing mounting works for you, use that.
SteveWMD - 08/06/2020
Add a comment