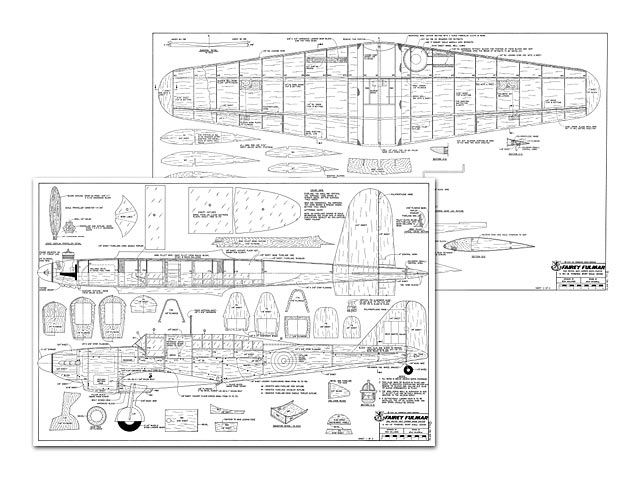 Quote: "For an unusual and seldom modeled Stand-Off Scale project, try this superb performing WWII Royal Navy fighter which showed a very impressive record despite its being designed and produced in extreme haste. By Don Williams.

There's not enough time in my life, I think, to model all the aircraft I would like to. I do not like building aircraft that are modeled to death though, ie Mustang, P-40, FW-190, etc. Granted they have beautiful lines and fly very well but they have become very commonplace. What I try to do is model an unusual aircraft or one that has not been modeled so often. And, so comes the Fairey Fulmar.

The Royal Naval Staff requirements for the Fulmar were that it must be able to remain on patrol for six hours at 138 mph, or three hours at 175 mph, while on escort duty. The maximum speed in level flight to be 265 mph at 10,000 feet and a stalling speed of 65 mph.

Eight forward firing machine guns were mounted in the wings with 400 rounds of ammo per gun. The fighter would carry no gun in the rear cockpit - to be much regretted by the crews of the aircraft. The Fulmar seated two in tandem. A pilot and an observer, wireless operator, and navigator. Shallow dive-homing was to be a secondary role and provision was made to carry a 250 lb. bomb under each wing. A major restriction was that the wing span could be a maximum of 46 ft and had to fold to 18 ft or less.

The first Fulmar flew on April 6, 1940. The Ministry pilots gave generally good reports on the Fulmar. It had no vices and was pleasant to fly. Likewise, the model has no vices and is easy and pleasant to fly. The full size plane was maneuverable at all speeds in level flight with light responsive controls. I feel that the model flies very much like the full scale aircraft as the above describes its flight characteristics very well.

In service it was a different story. The Fulmar became only marginally stable with full equipment, particularly at low speeds, due to an aft Center of Gravity. The Fulmar would take-off after a 280 ft run in a 20 knot wind. In an accelerated take-off (catapult) the distance was lowered to a mere 60 ft. In service the Fulmar never reached its expected maximum speed. The two-seater fighter's maximum speed was 238 mph at sea level and 245 mph at 15,000 feet. It was not the greatest but it is said to have accounted for nearly 30% of the Royal Navy's victories with no fewer than 112 enemy aircraft destroyed in the air and damage to over 80 more. That's a pretty impressive record for a slow tail heavy aircraft.

There are reasons for building the Fulmar, other than being unusual. It's colorful and it has good aerodynamic moments for our use in R/C. There is also no need to mold a canopy. It can easily be made from flat sheet plastic and the aircraft is aerodynamically clean and streamlined. Another plus in its favor is the thick airfoil. This tells us, immediately, that the stall speed will be very low. And, as a final touch, the long tail moment assures smooth pitch control. If that isn't enough to make you want to build the Fulmar, it also has a wide track landing gear that makes ground handling easy and a large rudder that should help tracking through maneuvers.

The overall Fairey Fulmar project has been one of fulfillment and fun and that's what this sport is all about. It has met and exceeded all of my demands - some of which were very strict - and you can't ask for more than that.

The construction of the Fulmar is straightforward and should pose no problems if you have built any multi-pattern ships at all. If you are a novice to scale type aircraft, but have had some multi flying experience, this would be a very good place to start. The fuselage is essentially slab-sided with doublers and triplers through the nose and wing section. Cut these pieces from 1/8 in medium hard balsa. Contact cement the doublers and triplers to the fuselage sides. Be sure to make a right and a left..." 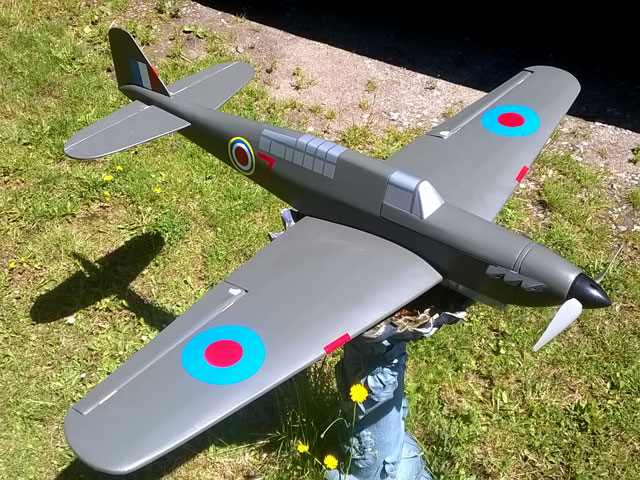