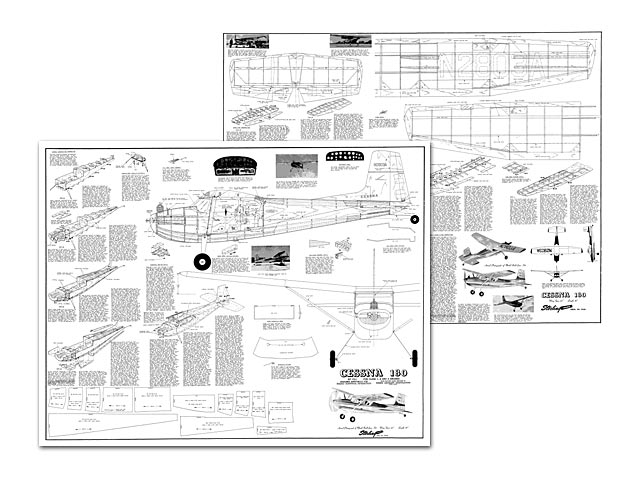 Quote: "Hi Steve; Attached are the plans for the Sterling Cessna 180, kit FS-2; 45in span, designed for RC. Altho the specs in the lower right corner say 1/2A and A engines, the note at the engine mount says .09-.15. Believe the note, not the '1/2A and A'! I built one, way back when; a TD .051 _might_ fly it freeflight! An Enya .09 would fly it, an OS Max .09 flew it slightly better; with a .10 FSR it flew fairly well, but the Max .15 and Enya .19 flew it best. The Fox .15 Schneurle I had on it for a while was a bit of overkill. Mine was modified with the scale aileron and half the dihedral, and flown with a Futaba Gold Box 4-ch. system. My original was destroyed years ago by a tree falling on my building shed in a windstorm, but I recently acquired two complete kits, one with the metal cowl, and one with the plastic cowl."

Printwood files for the Sterling Cessna 180. This is a zipfile of 11 x PDF pages (update: now includes wing ribs). Converted from PLT tracing for laser cutting, and in Spanish. 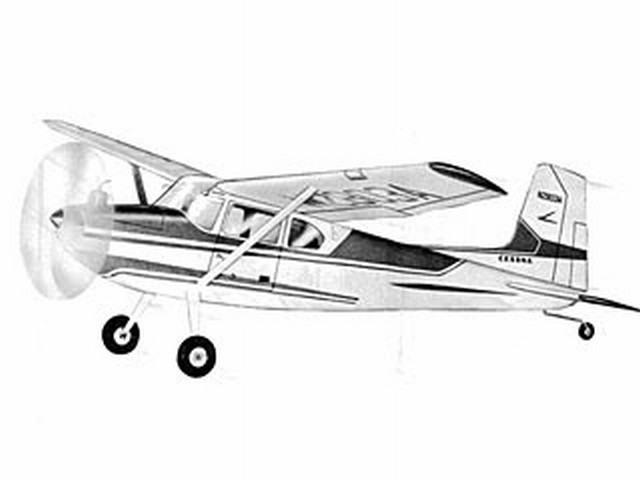 I remember my late father building this kit in the early 1970s. It was his first r/c plane. And it did fly.....until the wing folded. Thanks for making this available, it has real personal meaning for me.
DL - 19/07/2020
Add a comment