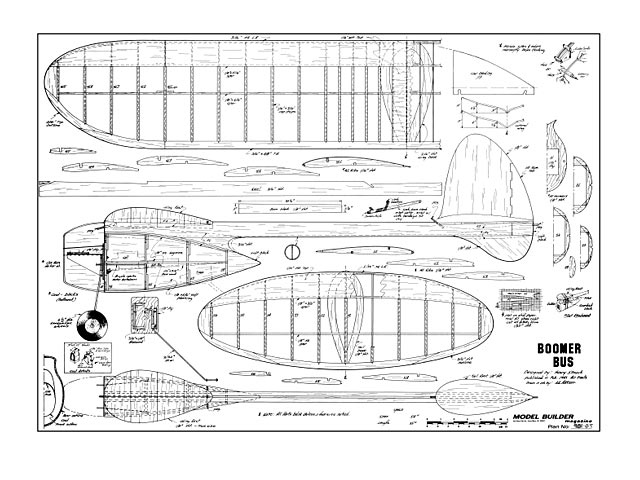 Is there another modeler in this world who has created more original designs in nearly every facet of model aviation than Henry Struck? Recent generations may not know his work as well as those who were hacking balsa throughout the 30's, 40's, and 50's, but that is their misfortune. On the other hand, many of his designs are still perpetuating his genius, and among those, the Boomer Bus is another example of his ability to get out of the rut and still create a classic in the process.

The Boomer Bus was inspired by a full-size classic, the Bowlus Baby Albatross sailplane, featuring a finely propor-tioned pod-and-boom fuselage. Construction is not exactly for the amateur builder, but the pleasing and unusual results are well worth the effort. The fuselage fillets can be left off, and the gull wing section can be built straight without affecting performance, but really, the challenge of duplicating the graceful wing curves and the smooth fuselage filleting is too tempting. We've duplicated some of Hank's original construction hints to help you along. The complete article was in the February 1941 issue of Air Trails, in case you know someone with a complete library.

Here are some construction hints taken directly and/or in part from the
original article:

FUSELAGE: It is best to begin work by making the boom first to allow construction to con-tinue uninterrupted while the blank is drying. Select a sheet of straight-grained medium-hard 1/8 sheet balsa, cut it to the size required for the boom blank and soak it thoroughly in hot water. Mold it carefully around a straight length of broomstick or rod of similar diameter and wrap it with cloth bandage 10 hold it while drying. The wood may be baked slightly to hasten drying, although the safest way is to set the stick aside for about twenty-four hours and work on the fuselage, or pod..." 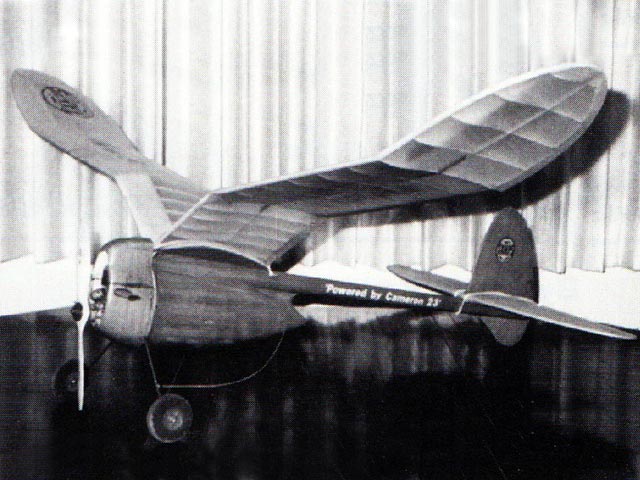