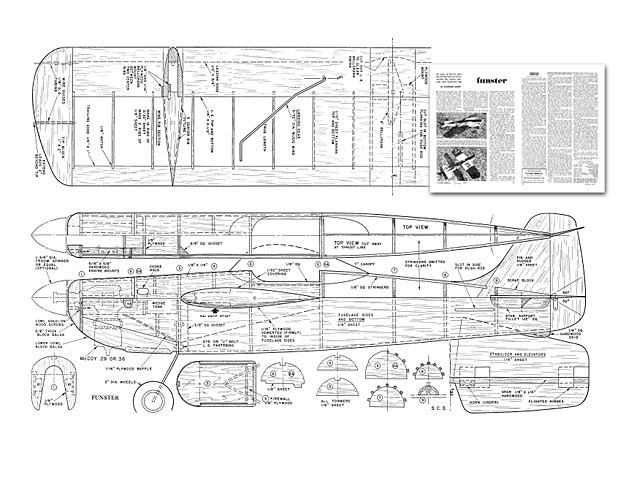 Designed primarily for good looks as well as flight ability, the Funster has never won a contest - but it has proven capable of delivering good stunt performance. Our personal preference among real aircraft includes a very soft spot for the lines and appearance of the small racers so popular in the late 30's, so we tried to mimic those designs in this model.

At the same time, in order to keep construction as simple as possible, we decided on a box fuselage. And, finally, to insure the kind of consistent performance we like, we incorporated a longer coupling than those used on most stunt models. Results were entirely satisfactory all around - we now have a good-looking, sport-type stunt plane which is ideal for weekend flying!

Specifications of the Funster are as follows : Span is 36 in, length is 25-3/4 in, wing area 247 square inches, and weight 22 ounces. The power unit can be any good .29 to .36 cubic inch displacemnt engine. Performance will vary according to the engine you use - the larger, high-speed engines will haul Funster through all possible maneuvers.

Full-size plans are presented herewith so you can build the model direct from the plans, without any scaling-up necessary.

Building the Wing. The wing should be built first so that when it is completed, the plans for the fuselage and tail can be joined together with a minimum of trouble. Before beginning construction, assemble the two parts of the wing plan (Plates 2A & 23) at 'B,' then make a reverse tracing for the other wing panel and join both together. 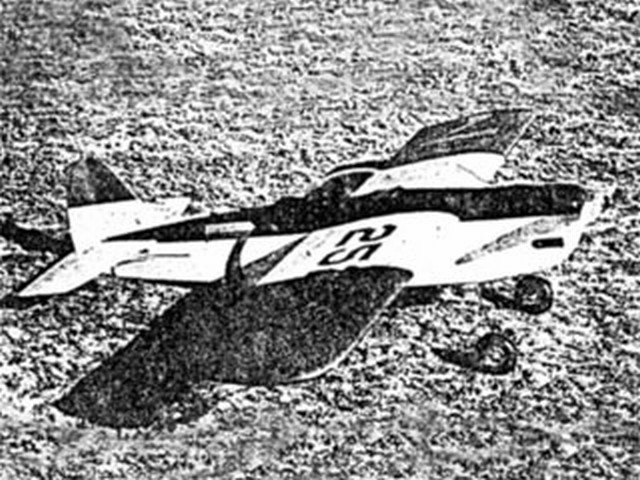