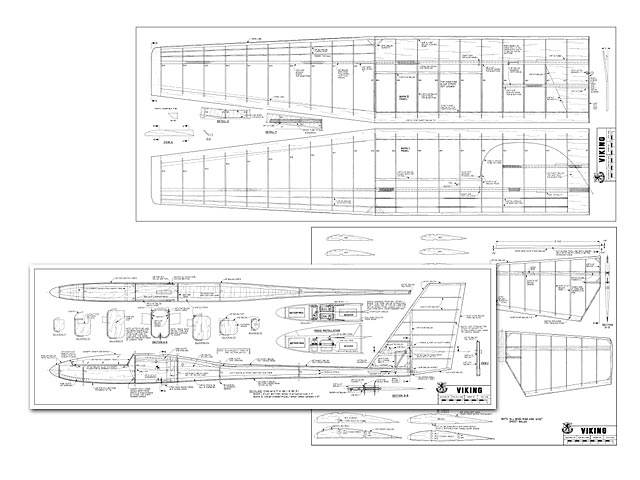 Quote: "No one has ever developed an airfoil that would turn 13 seconds on an FAI speed run and then fly in 20 ft diameter circles at 10 mph, climbing out from 50 ft. In other words, sailplanes which are best in fight air thermals are not best in speed events. Well then - how about one sailplane with two wings - one wing designed to be best in light air thermal events and one wing designed to be best at the combined FAI tasks.

Now you can go to any contest prepared for any task under any wind conditions and not have to decide until 2 minutes before your 1st flight which wing to fly. It's like having two entirely different sailplanes yet only having to invest in one radio, one fuselage and tail feathers; also, there is a growing pressure to revise the rules to allow changing wings, etc, between rounds.

The flat bottom airfoil I designed in 1974 for the Windrifter (oz6700) is known to be the best for light air thermalling. That takes care of one wing. Now I have a semi-symmetrical airfoil which (those who have flown it believe) is the best yet compromise for the combined FAI tasks.

The history of the design of the airfoil is in itself interesting. It all started about 3 years ago when Bill Watson, then working for Hi Johnson, was developing an aerobatic slope ship (Rubber Ducky). Bill asked His advice on the selection of an airfoil. Hi suggested the NACA 2R,12. So it was. Later Bill used this airfoil on his Goose, a big machine, It is very fast, but is marginal in thermals and really suffers on the launch.

Blaine Rawdon decided to try a compromise between the 2R,12 and a Paragon airfoil (similar to the Windrifter). He split the difference in camber between the two. The result was an excellent airfoil. His Mirage, built light (5oz/ft) launches well, thermals well and is fast but, in my opinion, is not forgiving enough to make consistently good landings so necessary in today's contests.

I modified the Rawdon airfoil by dramatically increasing its sharp leading edge radius. The Viking Mark II airfoil is much thicker at 5%, 10% and 15%, but is the same from 30% back. The result - excellent launches (as good as a Windrifter), competitive in thermals and fast. yet easy, to fly and make consistently good landings.

To win in FAI events, the sailplane needs to be:

(1) Large but not too large - I selected 3 meter span.
(2) The aspect ratio should be moderate so as to keep the Reynolds Number about 12:1.
(3) The tail surfaces should be designed to just achieve stability - not like a free-flight.
(4) The weight must be kept down to keep the wing loading below 7 oz/ft.
(5) Large, effective rudder.
(6) Effective spoilers.
(7) Flaps are not needed with 12% high lift airfoil.
(8) It should be attractive - pretty sailplanes fly better.

I proudly present to you the Viking. I hope you enjoy building it - I know you will enjoy flying it. Use the Mark I wing in light air thermal contests and for sport flying. It will go up when nothing else will. When the wind is up and you want to penetrate or go fast, fly the Mark II wing. You will be pleasantly surprised at its performance..."

Quote: "Here is another for the OuterZone, the Craft Air Viking. I reworked the plan for smaller sheets and included the article publisher in RCM May 1978... thank you for providing this wonderful vault for all these old plans."

Update 12/06/2019: The rights for the Vikiing Mk1 and Mk2 rest with Sky Bench Aerotech, see their site at http://www.skybench.com for more details. As of June 2019 Skybench (under new owner Scott Black) are hoping to have Viking kits available this summer. Scott asked us to add a link to his site here.

Quote: "Certainly, there is no problem with people scratch building a Viking. Is it possible for you to let people know the kit will again be available through Sky Bench? Thanks, Scott" 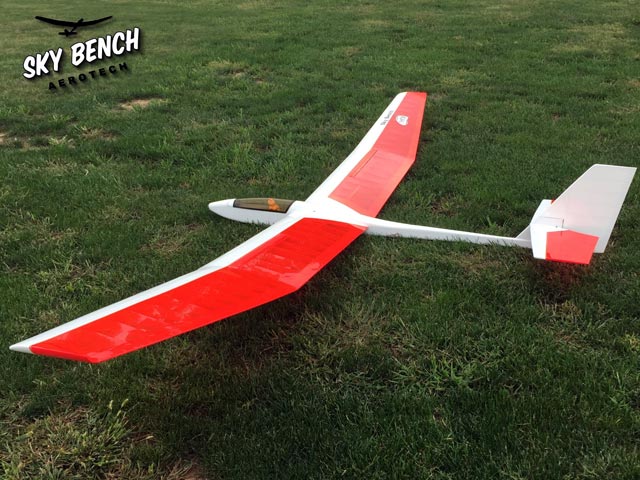