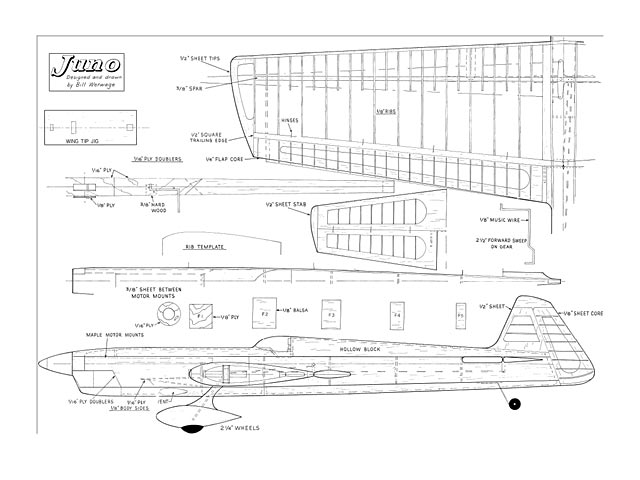 Perhaps the most experienced stunt flyer of all time, Bill has designed and built many fine stunters. Among these are the legendary Ares (oz4884) and the USA-1 (oz8823). Bill's last published work was in 1960 for the now defunct American Modeler magazine. We at Flying Models feel proud to present an article by this very knowledgeable modeler. The design presented here is the culmination of 25 years of intense development and is, according to Bill, his best airplane to date. Fellow modelers, a rare treat, Bill Werwage's 'Juno'

This design, while not having the ability to lift the hood off my car or tow well in water and in spite of the tapered trailing edge and design modifications more drastic than that of the width of a fat ball point pen, still makes me happier than the 50 or 55 airplanes that preceeded it, these, by the way, included a few noteworthy aircraft including the Ares and USA 1. Actually the ship is the culmination of many experiment and I hope you like it as much as I do. We'll start out with the basic airframe construction and then discuss the other three fourths of a stunt airplane - the motor..." 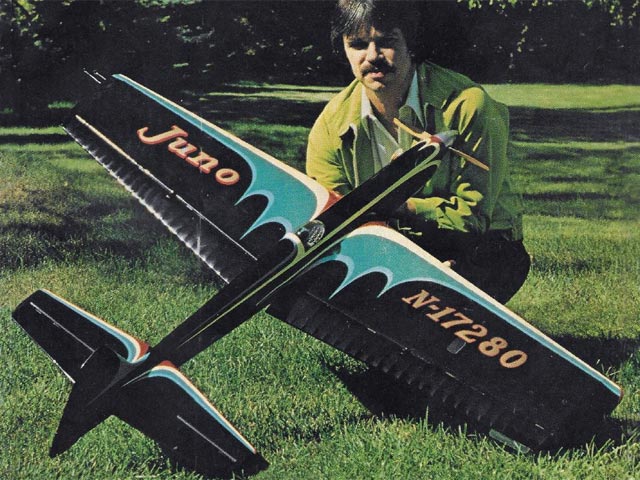