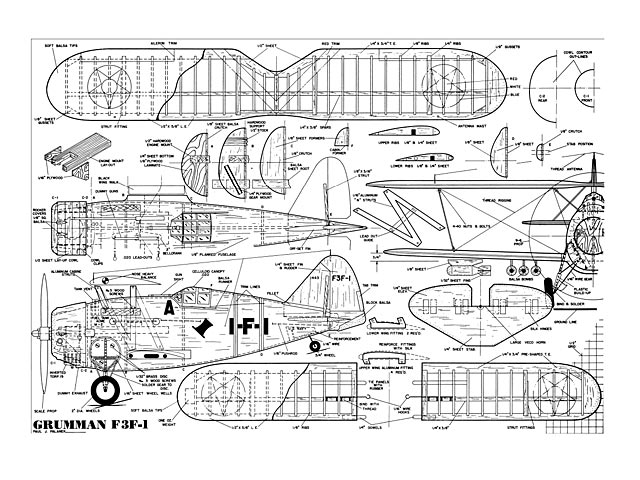 Until the advent of jets, the stubby Naval prop driven fighter aircraft observed in the skies more times than not was a Grumman creation. From the Bearcats of the post war era right on down to the first of their stubby ancestor bipes of the early thirties.

Our modeled biplane replica is but one of many superb designs so ideally suited for the discriminating scale model builder. Aside from having much
class and eye appeal, there is a wealth of color combinations so often found on the Navy fighters of the early and mid thirties. Each Aircraft Carrier of the times had its own squadron color schemes, right on down to the utility aircraft hangered below the decks. Our model markings are taken from the old USS Langley during the years 1937 through 1941.

The model F3F-1 is identical with the F3F-2. The only changes in the F-2 are in the cowl area. The F3F-2 had a 1000 hp Wright Cyclone Model G. Aside from this change, the two aircraft were essentially identical.

Our design spans a full 32 in with the fuselage built on a basic crutch assembly, completely planked. A K&B .19 is the powerplant advised, windmilling a 9 x 6 Tornado nylon prop. All surfaces including wood areas silked. The wing panels have a full break-away feature to simplify any flying damage.

Construction could start with almost any component the scrap box will allow. As a rule we get a measured amount of satisfaction in starting the fuselage and watching it grow. The 1/8 in crutch and 1/8 x 1/4 in planking create an astoundingly strong and rugged fuselage, worthy of the effort expended. All formers are of 1/8 in sheet balsa secured to the vertical crutch on the centerline..."

Article pages, text and pics, thanks to KeithF. 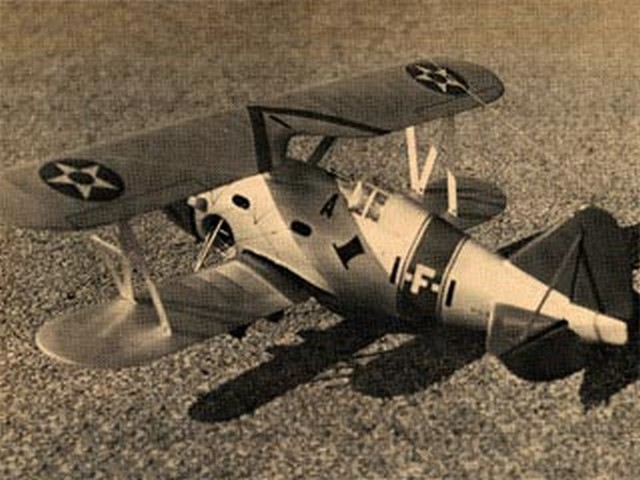