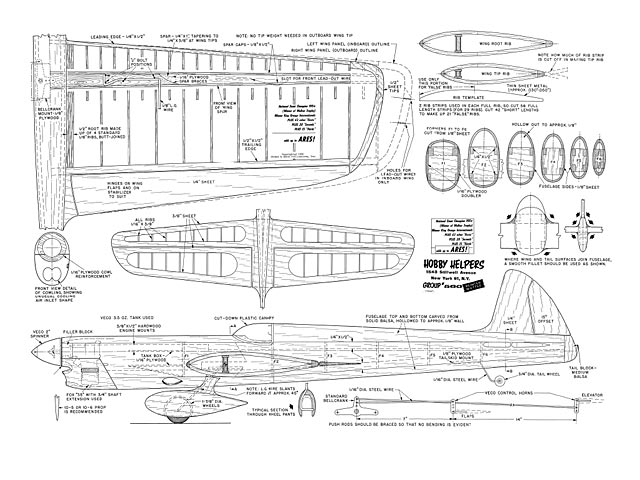 Quote: "ARES is a model for the contest stunt flyer who wants good performance along with good appearance. I am sure that a look at the pictures of the model will satisfy even the most demanding modelers as far as eye-appeal is concerned.

As for the flying ability of ARES, it has won about 45 firsts, 20 seconds, and 15 third places in the past four years. Oh, yes, three times it lagged behind in fourth place (that is the lowest ARES has ever placed, though). In addition, ARES won the 1957 King Orange meet, took third in the '58 Nationals, plus first in the '59 Nationals, and the Walker trophy. 'Nuff said. Interesting so far, you say? Well, let's build one!

Use light wood in duplicating the fuselage, which is first on the agenda. Cut out 1/8 in sides as per the plan, then add the 1/16 plywood doublers. Be sure both doublers don't go on the same side. That is to say - alternate sides of the side sheets, so that the doublers are inside the fuselage when it is assembled. Then 3/8 x 1/2 hardwood mounts for the engine are next (I prefer really hard stock, like maple). Assemble fuselage with all formers (F1 to F6) in place and add top and bottom fuselage blocks. These blocks are to be tack-cemented in place temporarily. After the control system is in and checked over, you can carve the blocks and hollow them as shown..." 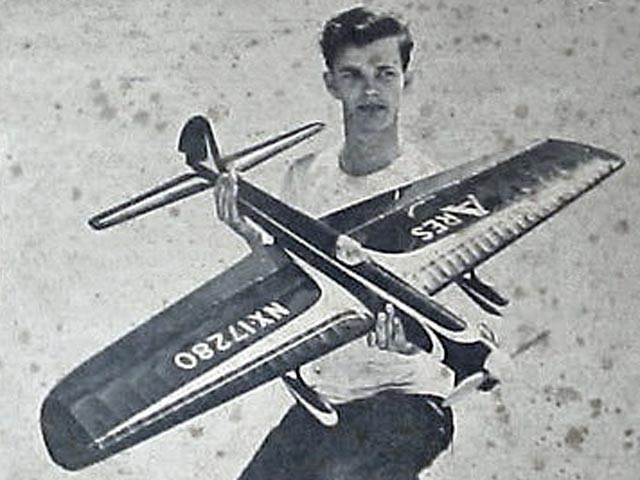