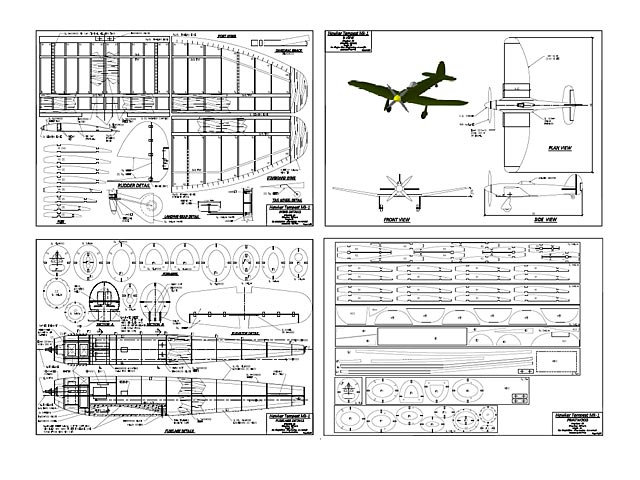 Hawker Tempest MkI. Radio control model for electric power. This is a modern-day plan, but the subject is an interesting vintage aircraft.

Quote: "Steve, When I started the build for the 1944 Fighter Glider last year, some of the guys on the RC Groups forum indicated that the inspiration for that aircraft was a Hawker Tempest Mk-1, designed by Sidney Camm. Only one was ever built. Indeed, the pictures on the Tempest website and on Wiki bear more than casual resemblance. That being said, I've picked the F/G's 'mother' (the Hawker Tempest Mk-1) for this years build contest (BBCC 3), and I've already started the build log at http://www.rcgroups.com/forums/showthre... To my knowledge the aircraft has never been kitted, though there is a conversion kit for a 1/48th scale static model. My goal was to pay tribute to the Mk-1 and still retain some of the charm and flight characteristics of the F/G. Here are the drawings if you'd like to post them, pdf's and the source drawing..."

Quote: "Steve, I've revised the plans to include more detail and plotted them on A1 sheets, with the exception of the printwood. Formers are easier to cut, and I solved the wing shoulder to fuselage mounting." 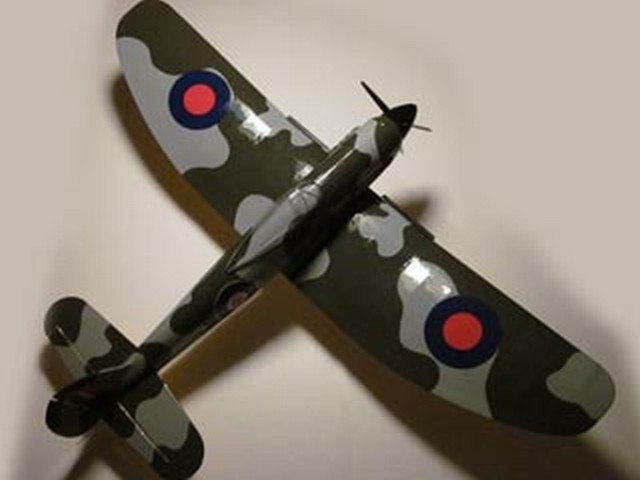 I am an experienced scratch builder and these plans showed fuselage former's and wing trailing edge were not the same as stated on the plans as used on the finished model. the author of these plans has a blog on rc groups showing these changes: https://www.rcgroups.com/forums/showthread.php?1990380-BBCC-3-48-Hawker-Tempest-Mk-1-Old_Pilot. thank you
JohnD - 27/07/2017
Add a comment