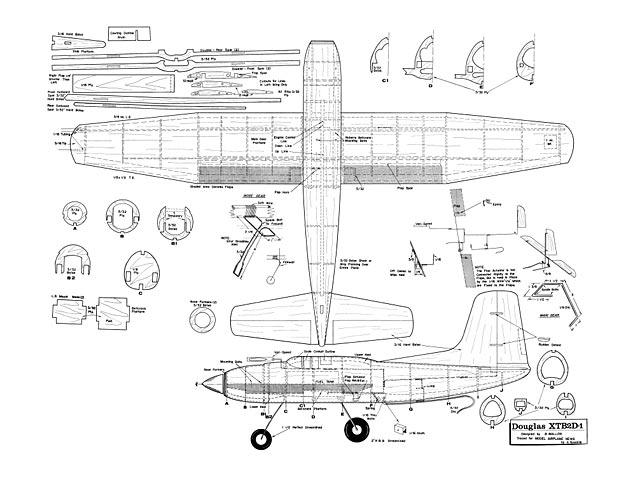 Quote: "The Douglas XTB2D-1 Skypirate, also known as the Devastator II, was one of that group of unlucky airplanes developed during World War II, approaching the ultimate in piston-engined design, but doomed at birth by the end of the war and the fast-rising jet. The Skypirate was ordered by the Navy in October of 1943, and was intended for the big Midway class carriers. A large airplane, it had a wingspan of 70 feet and an overall length of 46 feet. Powered by the huge Pratt and Whitney XR-4360-8 'corncob' radial engine which turned a pair of counter-rotating propellers with 3,000 horsepower, the top speed was 340 mph at altitude, 312 mph with externally carried torpedo, and 75 mph at landing. The Skypirate could also carry up to 4,000 lbs of bombs, and it didn't stop there. Four .50 caliber machine guns were standard in the wings, and plans called for three additional .50 caliber machine guns in remote turrets firing aft. Empty, she weight in at 18,400 lbs, and the maximum gross weight went up to 34,700 lbs.

All of this fire-power and explosive was to be handled by one pilot, although a crew of three could be carried, and he could use the full range of 2,900 miles for a scouting mission or 1,250 miles if a torpedo was being carried. As it turned out, only two of these unusual planes were built, BuAer numbers 36933 and 36934, before the imminent end of the Pacific war forced cancellation of the contract. They were flown early in 1945, but were foredoomed by the march of events..." 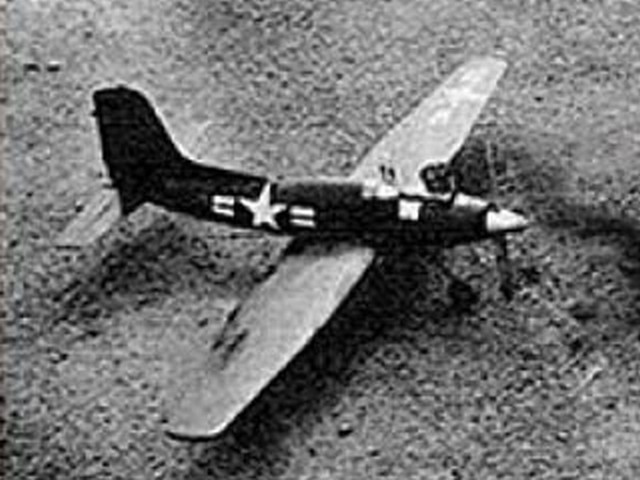