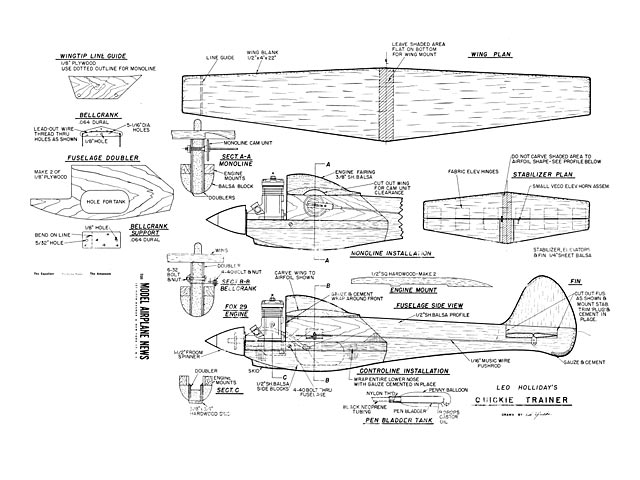 The Quickie Trainer was designed with several objectives in mind. The first and foremost was to design a ship that is capable of bettering 100 mph, yet school the average modeler in some of the functional operations of a speed ship; also, to allow him to get acquainted with the many factors of safety that are necessary when building speed.

The one thing that can kill speed, in the eyes of the public and the sponsors of model contests, is to see an accident occur around the speed circle that could have been prevented with just a few simple safety precautions. A modeler should always check his own lines before each flight and not even attempt to fly if there is some question in his own mind that his ship may break loose.

A new set of lines costs around 75c. Stop and think for a moment how much money you have invested in your engine alone. Why take a chance on an old set of lines that you used last year?

One feature that was included in this airplane that may stymie the beginner for a moment is the pen bladder tank. This type of tank is last becoming the standard in speed and it seems only right that it should be in a modeler's first serious attempt at training for speed. I actually used the standard Fox needle valve with the pen bladder tank and had wonderful results. You simply..." 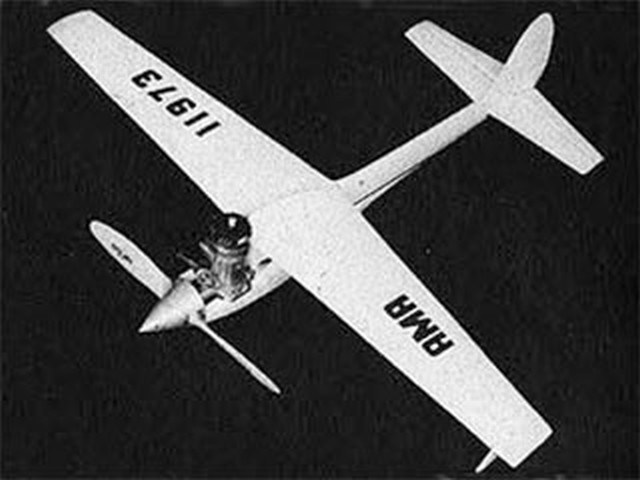