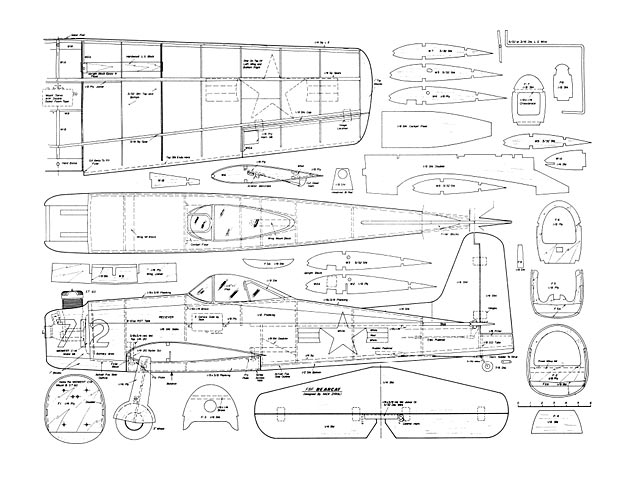 The 'Bearcat' was the last of Grumman's prop driven 'Cat' fighters. Produced just too late to see action in WWII, they saw service with the fleet until phased out by more modern jets.

Designed as a minimum plane around a maximum engine, the performance was outstanding. It was lighter, smaller, more powerful and maneuverable than its predecessor, the F6F Hellcat. Most outstand-ing was the rate of climb. It could climb from a standing start on the ground to 10,000 feet in one minute thirty four sec-onds. A record that jets could not match for quite some time.

Little publicity has been given to the fact that Darryl Greenamyer's Bearcat recently set a new worlds speed record for propeller driven, piston engine aircraft. The old record was established 30 years ago in Germany by Fritz Wendel. He flew a modified early version of the WWII Me-109 at 469.2 mph. This was an amazing feat for its day which is evident by the fact that it had stood unmatched since 1939.

Greenamyer made two sets of speed runs at Edwards Air Force Base in California. Both sets exceeded the old record by a good margin, 479.7 mph and finally 483 mph. This same Bearcat has won the Un-limited Division of the Reno National Air Races for the past four years.

I recall seeing one of the air races on TV. A Bearcat, probably Darryl Greenamyer's much modified record breaker, was flying against a large field of P-51 's. The Bearcat, rather than flying faster than necessary to stay in the lead, paced the lead plane all through the race until the last lap. Then the Bearcat pulled out the stops passing the P-51 without any apparent effort, a good example of it's speed and stamina.

The real Bearcat is quite short and fat with a very short tail moment arm, not ideal for a model, especially a sport model. Plans were drawn up in the same general proportions and size as my P-47 (oz5019) (March '69 FM) and FW-190 (June '69 FM). This makes it longer than scale but it looks right and it does look like a Bearcat.

I painted my model in Navy dress to keep it in line with the military versions of the P-47 and FW-190. Though the latter two are very colorful the Bearcat is quite drab in dark blue. The white stars and numbers offer the only contrast..." 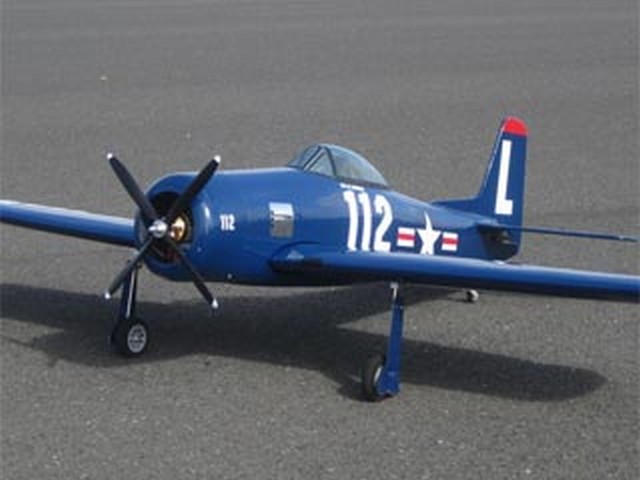 Bearcat was built in June of this year 2016. I just noticed I never got around to sending you some photos of the finished airplane [more pics 003-005], however it's not power yet. I'm getting my graphics from Callie graphics in New Mexico, USA. It's on the opposite coast for me when I painted on some panel lines and rivets, and I'm happy the way came what you think?
anon - 03/12/2016
Add a comment