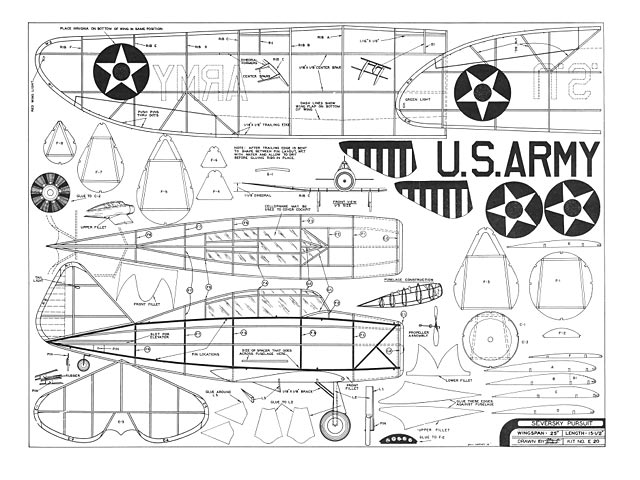 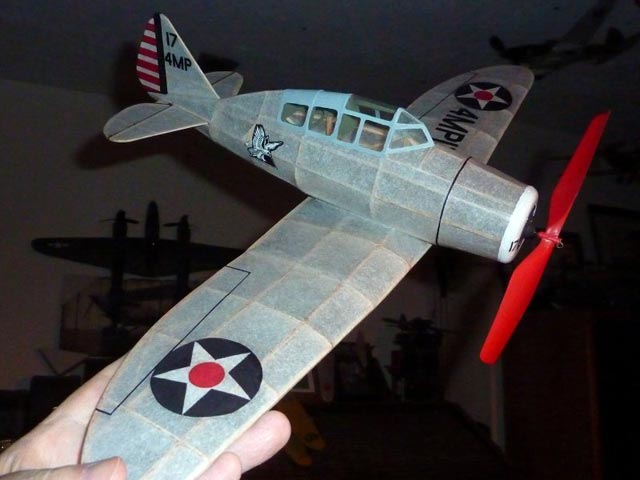 I built from a Golden Age Reproductions kit of this plan, changing only a few details to make it into the S2 Racer, which was basically the same plane. Fuzzy picture here: http://www.gryffinaero.com/models/ffpages/ffgallery/rosssev/rosssevs21.jpg It was a great flyer once I hinged the rudder so it could flop around. This wouldn't be good indoors as the circle is a bit erratic. Before I hinged the rudder, it would dive to one side or the other. I think when everything was tuned up I would get about a minute in still air. The nose as drawn could use some beefing up.
Lincoln - 15/12/2012
Why model this relatively obscure little aircraft, Comet Model’s Seversky Pursuit (oz476) from 1939? If we call it obscure, it certainly wasn’t during the mid-1930’s. How about it being a three-time winner of the Bendix Trophy as well as attaining numerous other speed records. Add to that an appearance as star of the silver screen with the likes of Clark Gable and Spencer Tracy featured as its fantasy pilots. It was very much before the public eye by the time it assumed its military career, the first all-metal fighter aircraft with a retractable landing gear in the U.S. Army Air Corps inventory. Alas, by the outbreak of war in the Pacific it was already obsolete, but nevertheless participated against desperate odds during the disastrous defense of Luzon Island. Its legacy was no less significant, leading to the development of the P-47 Thunderbolt. Model represents an aircraft of the 17th Pursuit Squadron operating from Luzon Island, Philippines, 1941 [main pic, 004-008].
Neal Green - 23/10/2021
Add a comment