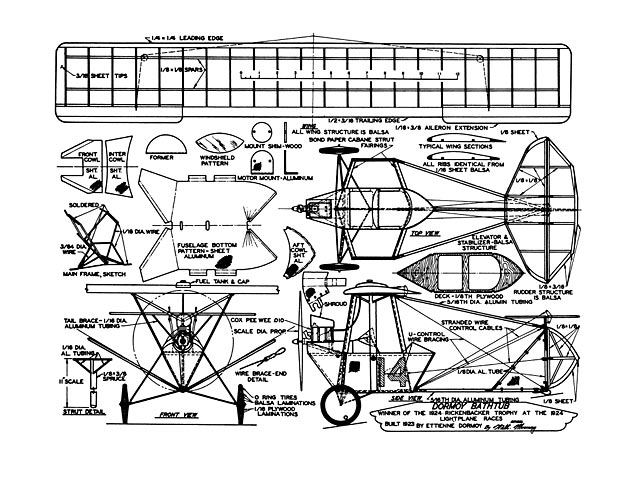 Quote: "In 1923 Ettienne Dormoy, then working for the Army Air Force at what is now Wright Field, designed and built this little ultra-light for the 1924 Lightplane air races. It's novel engineering has intrigued the aviation world ever since.

A good deal of research has gone into this model. We believe the plans are as near scale as is possible. Unhappily, Mr Dormoy had no carefully saved three views for posterity. He did have some photos and did compare my attempts at an earlier three view.

Within practical limits, the model has the same type of structure as the original. Fuselage and fin are aluminium sheet as was the prototype. Wing, horizontal tail and rudder are built up balsa structures. with tissue covering. Main frame and landing gear is a soldered steel wire assembly. Fin and tail are held on with wire wrapping as on the original. I would recommend .004 thick aluminium lithography sheet if you can get it..." 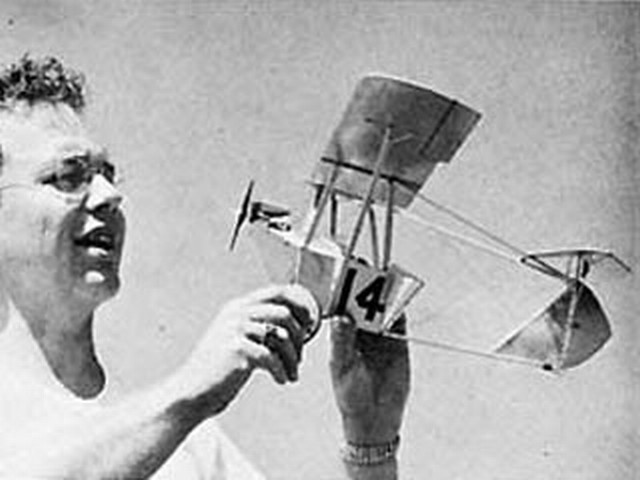