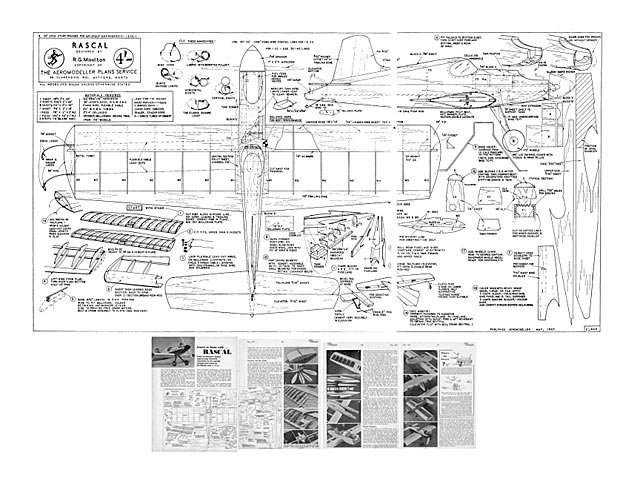 FOR ANYONE with even a small amount of experience in the building of power models, RASCAL will offer no difficulty whatsoever; but both as regards building and flying, it does presuppose some previous experience. It is meant to be the model for someone who has already built and flown one or two simple control-line models, and who now wants to try his hand at stunt flying.

The 18 stage hints given on the plan and the accompanying photos should between them make the building procedure quite clear, so written instructions will be kept to a minimum. The general order of assembly is important: you must start with the wing and elevator mechanism, and add the fuselage later; otherwise you will never get the push-rod inside the fuselage. So we start with the wing ribs. Fig.1 shows them blocked between two plywood templates. The seven port-side W.2 ribs should be separated and pinned together again while the two elongated slots for the lead-out wires are cut through them.

Now all the ribs have to be slit lengthwise along the line shown on the plan. Fig. 2 shows this being done, but before starting it is well worth while numbering each rib twice - above and below the cutting line - so as to be certain that the ribs will mate perfectly when cemented togther later on..." 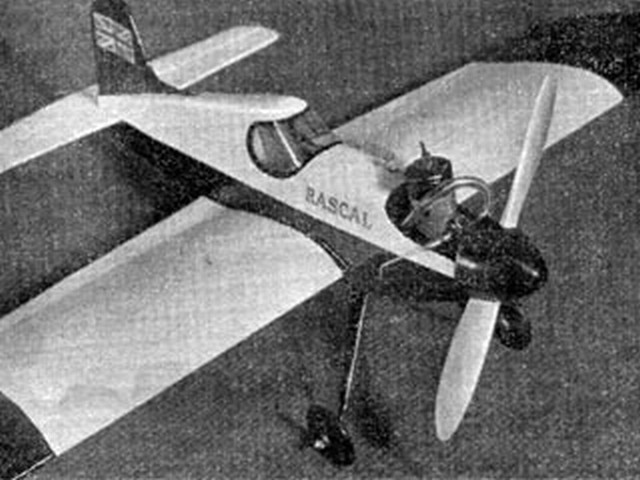