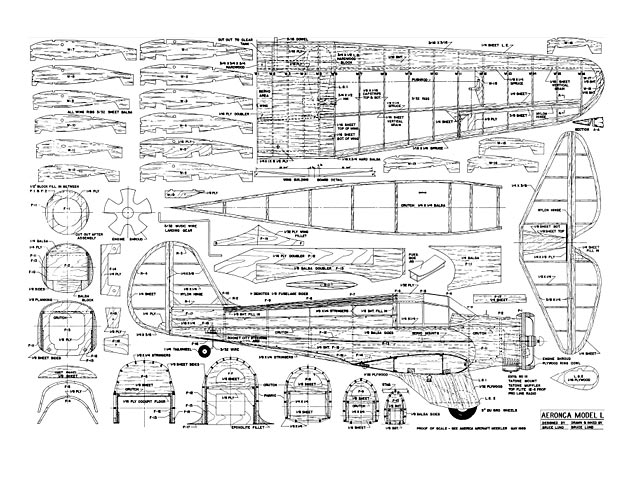 Quote: "Each of us gets turned on by certain aircraft or aircraft of a particular era. On scale nut I know of wouldn't touch anything but WWII. Another only builds WWI. My thing is the era of private aircraft that was developed just prior to WWII. This includes such classics as the Ryan ST and SC, the Stinson Reliant, Piper Cub, Luscombe taper wing Waco, Fairchild F-24, Porterfield, Ercoupe, Curtiss Junior, stagger wing Beechcraft, Aeronca C, and the little heard of Aeronca Model L.

Three view drawings are available for most of these aircraft but sufficient back up photographs and cockpit detail is very difficult to come by. I wanted to model the Aeronca for my 1971 Nats entry. The three view drawings were available in the May 1969 AAM but the cockpit details were not shown and through much searching I was able to determine that there were only two Aeronca L's still in existarice. Neither was located within 1,000 miles of my location. It was then that I had to abandon the Aeronca project and come up with an other subject. I finally chose the homebuilt Der Jager (oz6310) on which complete plans and photos were available.

Now that the Stand Off event is with us, l was able to go back to the Aeronca and model my first choice. A scale of 2 in to the foot was chosen. This gives a 72 in wingspan and a model ideally suited to a .60 engine. It has a very thick symmetrical airfoil, which is scale, and a well positioned landing gear. The tail was enlarged slightly although the tail moment was not changed.

This model is very docile to fly, which is more than I can say for most scale jobs. It will fly the required maneuvers with ease, touch and go landings are no problem. The model flies very realistically on about half throttle. Full throttle is only used on climb-out and uphill side of loops.

Fuselage Construction: The Aeronca's fuselage is not difficult, but I do a few things a little differently than most builders, so be sure to read the construction notes and study the plans. Because of the extreme bow in each fuselage side it neccessary to use a jig as shown on the plans. This jig is simply built out of scrap plywood and shaped the same as the how of the crutch. It needs to be 22 in long and 6 in wide..." 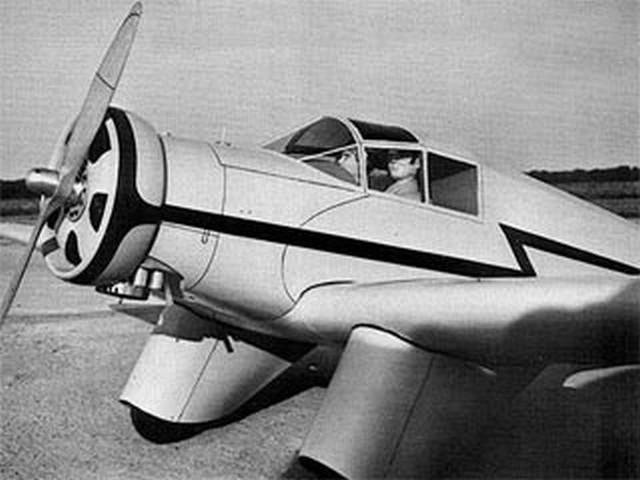