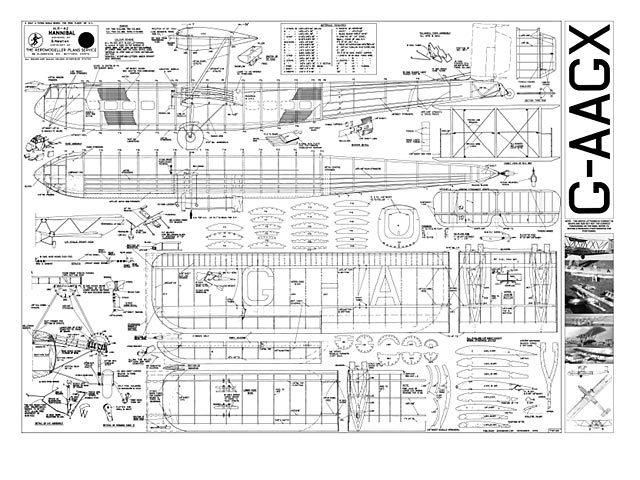 Quote: "Yes you can really believe your eyes; a flying scale version of the famous London-Paris airliner to suit as wide a variety of engines as one could ever imagine, and fly no less than three ways.

It can be free-flight on any equally-matched pair of small diesels from .5 cc to 1 cc - it can be flown round-the-pole with the same power, and it can be aviated on a control-line circuit with any combination of up to four engines amounting to a total of 4 cc. Beyond that power Mr Reynolds and his number start to play havoc with the stability, so the moral is to emulate the full-size, fly safe and slowly.

Before you let your eyebrows down, we might as well let you in on the secret that the prototype may yet be equipped with radio control! Such is the confidence shown by designer S Newton in this remarkable model.

The 65 inch HP.42 started life with a pair of Allbon Darts for free flight, and after the first test outdoors had revealed a need for slight change of trim, the thrustlines were altered and a check made in an empty St Athan hangar. A length of line was tied to the tail, and the model allowed to take off under restraint of this dog-lead arrangement. This worked well, until the string broke and Hannibal sailed gloriously down the length of the hangar: but the doors could not be opened quickly enough.

After repairs, a line was tied to the undercarriage, the pendulum ailerons locked and she flew round-the-pole with Cpl. Newton hanging on as the 'pole' in the centre. He was kept there for a whole hour as his mechs refuelled the Darts quickly at each landing and set her off again. There was no means of control other than the elevator pendulum and it says a lot for the inherent stability of this huge biplane that it flew so long without the slightest quaver.

With a pair of Mills .75's and full elevator control the Hannibal was next aired at the Battle of Britain open day, RAF Station Debden, where it flew the whole afternoon without the slightest trouble, landings and take-offs were a joy to watch, elevator effect being absolutely perfect..."

Article page, text and pics, thanks to RFJ. 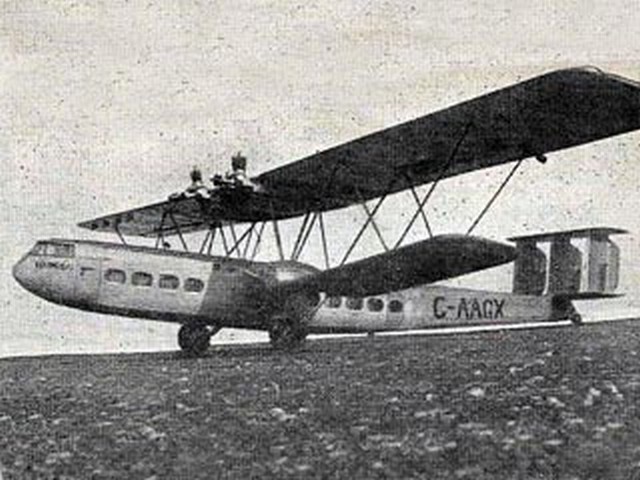 Hi Steve and Mary, thank you for such a great site, it has provided modellers worldwide with thousands of hours of pleasure especially during the current pandemic. Please find attached some pictures of my RTP HP42 which I have recently enhanced, as has been flying since March 2017. The plan (oz465) was scaled down, giving a wingspan of 35 inches and an all up weight with the new scale 3D printed four blade props of 270g (9.5 oz). Kind regards Martin. (The Surrey Aeronut).
Martin - 26/06/2020
Construction building of laser cut kit, see: https://www.rcuniverse.com/forum/kit-build...
pit - 20/07/2021
Add a comment