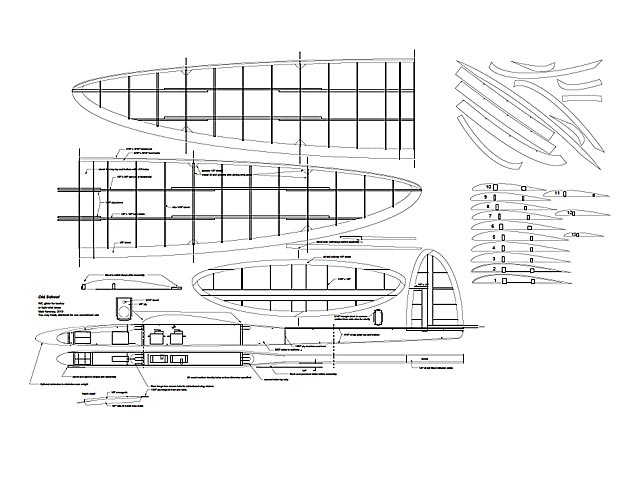 Old School. Light slope/thermal glider. Note this is a modern-day plan, but with vintage styling.

Quote: "I love the look of the old-time designs but don't want to deal with the usual conversion issues; under cambered wings; excessively complex construction, etc. So I'm designing my own.

I'm going for a certain amount of nostalgic appeal and am not expecting contest winning performance. I'm posting in the slope forum because that's what I fly, but this is probably more of a thermal-style design. She will not be the easiest plane to build, but will be easier than most authentic old-timers. She'll have elliptical wings and tail parts, but an all-sheet box fuselage. I'll use six panels of polyhedral instead of the usual four, just because I've always wanted to see how that looks. She'll use the Aquila flat bottomed airfoil. I call her 'Old School'.

Had a gentle 2-4mph breeze from the West, which is just the conditions this plane was made for. I just did one test glide, which tracked nicely and obeyed my commands. The next toss was for real.

She floated up and out just as I'd hoped for. The front spar seems to be a pretty good place for the CG. I didn't alter it today, but I think I could probably bring it back a hair. She might be a smidge over-stable in pitch.

I flew several flights over the next hour or so; most lasted about 5-8 minutes before I lost the lift. The last one went 16 minutes, probably because I made it a point to take my fingers off the sticks and see how she behaves, adding inputs only when she started to stray. This is my favorite way to fly - just watching my plane fly itself. Reminds me of the free-flight planes of my childhood." 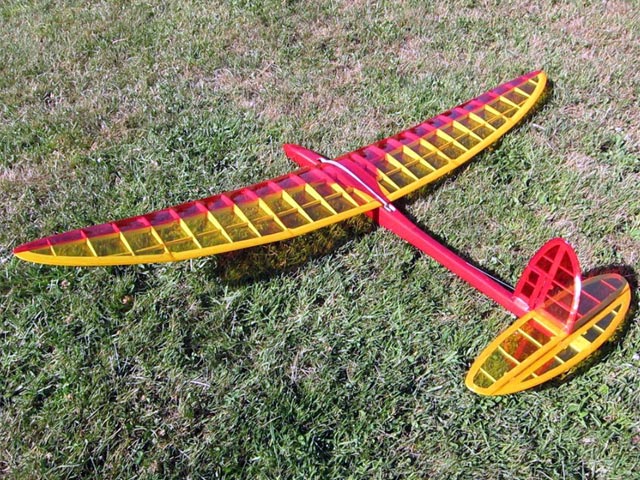