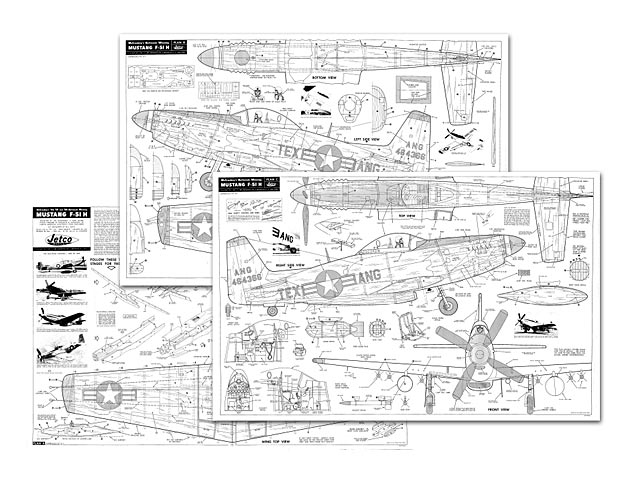 Note the McCroskey F-51H Mustang (oz11724) was first published in May 1955, Model Airplane News. This here is the plan as it appeared when kitted later by Jetco.

Quote: "Jim McCroskey started building model planes at the tender age of six and won his first flying scale contest at the 1951 Nationals - when he was only 14 years old. In 1953 he started work on his now famous MUSTANG F-51H - a task that involved over a year spent in collecting data; photographing the 'real' ANG-366 from all angles; corresponding with North American Aviation Inc and the USAF. This effort was amply rewarded however, when he won the Senior Flying Scale event at the '54, '55 and '56 Nats with the same model - a feat unique in Nats history..." 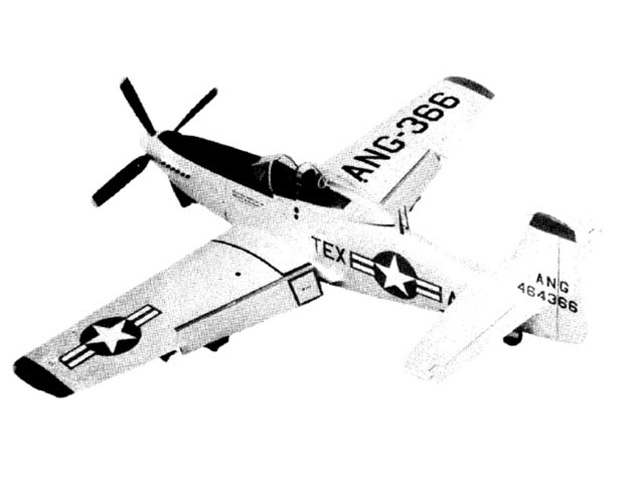