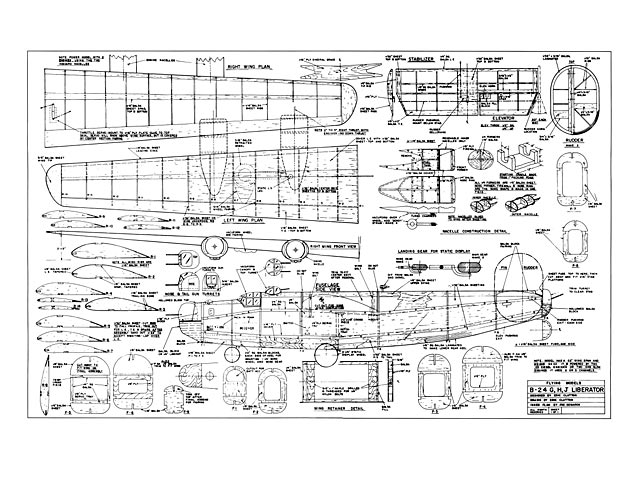 Quote: "This is an 'economic' 4-engine model. Only two 1/2A engines, diesel or glow, are needed to pull this 2-3 channel ship. B-24J Liberator, by Eric Clutton

The B-24 was faster, had more range and carried a bigger load than the B-17 but had looks only a mother could love and was a much more demanding plane to fly, requiring a lot of extra effort in the all important formation flying compared to the B-17. So why model a B-24? Apart from it hav-ing a high wing and a boxy fuselage, making it easier to model, I had a couple of other reasons. I used to work on RAF Coastal Command Libs in England during WWII and the area where I now live in Tennessee was a hotbed of B-24 training bases. I was determined to have the first B-24 to fly over Tullahoma in 50 years!

I had also determined that using four engines added a lot of weight and would require a much larger model than I was comfortable with. So I chose - for reasons of economy and simplicity - to use two en-gines on the model. I also figured that once the model was airborne it would not be possible to tell it only had two engines instead of four.

Construction. Fuselage and tail. Start by making left hand and right hand side frames from 1/8-inch sheet balsa, edging with 1/4-inch square balsa. When cutting out the sides it is possible to use the piece cut from under the rear end to make up wood required on the top side of the rear. The 1/4-inch square should be cracked or cut at each change of direction, not bent to a curve.

The sides can now be assembled using the formers. If the tops and bottoms of the for-mers are fitted as separate pieces this makes it easier to maintain a square and true assembly.

Top and bottom keels are now added and the lower section covered with sheet as noted on the plan. The 1/32-inch ply section is to take care of any landings on hard stuff! The 1/16-inch sheet is easily sanded to blend in with the 1/32-inch. Joints between sheets should be made so the butt joint is midway on the former.

Servos, pushrods and all that stuff should be sorted out at this point before completely covering the top with balsa sheet. If the horizontal stab is made it can be fitted and the various pushrods linked up. The elevator is only fitted to one side and is basically for trim purposes. My model made a good few flights as two-channel with only rudder and throttle control but elevator now allows me to flair out after a glide approach..." 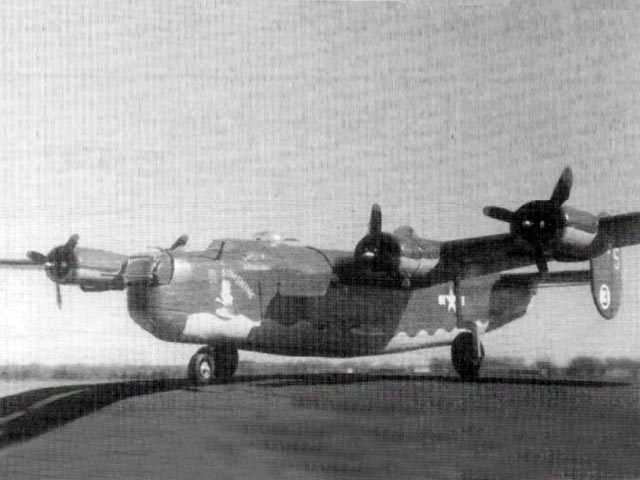