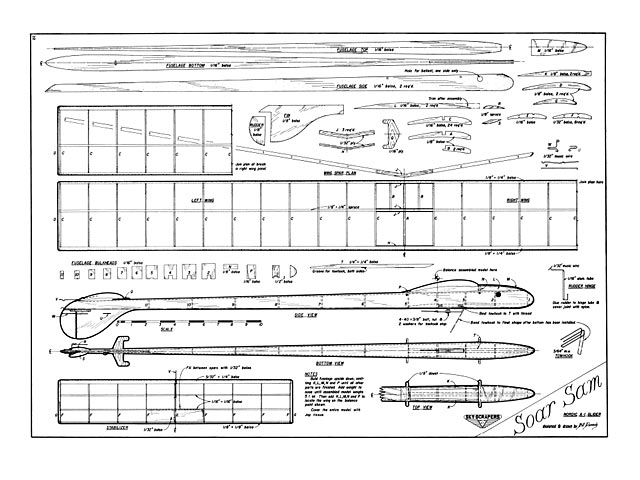 The Nordic A/1 Glider rules have been in the books for a number of years, but it's only recently that this class has become popular. The recent increase in popularity has come as the result of a steady improvement in the model's design and the great appeal that this event has for younger modelers.

Early A/1 Gliders tended to be heavy and were usually difficult to fly. They were especielly troublesome on the tow-line, because designers compensated for the heavy structures by reducing ballast weight and lengthening the model's nose, Long noise moments are one of the major perplexities of free-flight model design, leading to poor stall recovery and, in a towline glider, to wild oscillations during tow flight. As modelers gained experience in this class, weights were reduced, noses shortened and flight performance improved greatly.

These models have much to recommend them to younger model builders: they're inexpensive, easy to build and, most importantly, they are easy to fly. Many young modelers who are not in a position to receive much adult help become discouraged competing against Juniors whose 'helpers' obviously bend the Builder of the Model Rule to the breaking point, but these gliders must be towed by the builder and the 'old man' can't help much.

'Soar Sam' is my fourth A/1 design. Each of the four were very similar in appearance, with the major differences being successive reductions in structural weight and improvements in airfoil section (at least I hope they were improvements). The present design should present few problems to any but the most inexperienced model builder.

The plans for Soar Sam were drawn to provide all the information needed to build the model with a minimum of explanation. I will sketch briefly the procedure I used in building, and cover in detail only the auto-rudder mechanism and flying procedures.

The first step in building any model airplane is to select the materials to be used. For a 'Soar Sam' you'll need the following..."

Article pages, text and pics, thanks to PaulBizard. 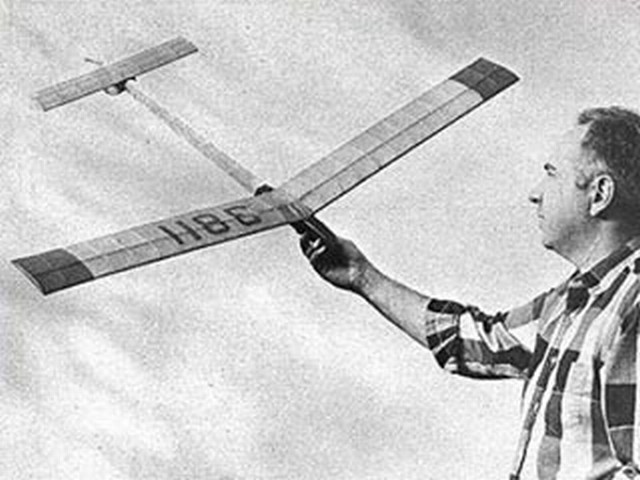