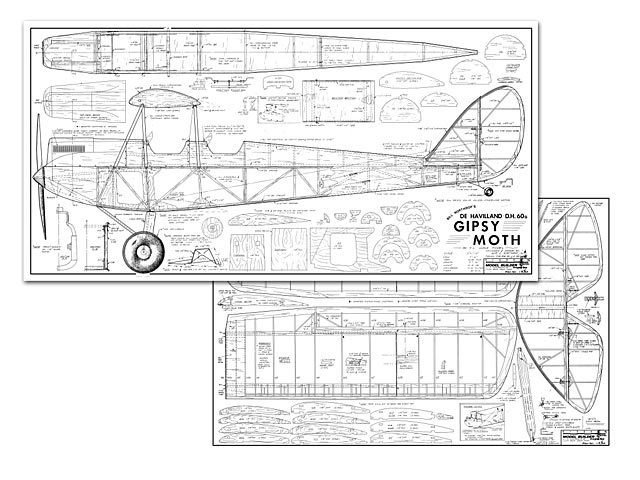 Direct submission to Outerzone. There is a thread on RCGroups at http://www.rcgroups.com/forums/showthread.php?t=1858550 with downloads available of the original article pages and addendum as posted by MikeDenest and JeffWorsham.

Quote: "The August 1958 issue Of Aeromodeller solved a problem for us. By that time, we had been into radio control for about three years. First there was a Berkeley-kitted version of Walt Good's Rudder Bug (oz10551), followed by about five original designs, including the first three of a long string of biplanes. One of the bipes was a 40 inch span Great Lakes Trainer (oz10105), which became our first published construction article.

All of the above were single-channel escapement, pulse rudder, or Galloping Ghost (pulse rudder and elevator) radio controlled models. This may seem unusual to those of you who have come into the hobby in the past 10 or 15 years, but in those days, single-channel dominated R/C about 10:1 over multi-channel, and digital proportional was unheard of.

Anyway, we felt ready to build an Ace R/C five-channel reed/relay radio kit, and operate it with a Bramco (who?) five-channel transmitter that a friend was ready to sell (By the way, 'channels' in a reed radio did one thing each - like right rudder was one channel and left rudder was another channel. So with five channels, you could have elevator and rudder, plus a sequencing escapement that was kicked by the fifth channel to select two or three throttle positions!).

That 1958 Aeromodeller issue featured an article and excellent scale drawings of the Gipsy Moth, a biplane designed and first built by De Havilland back in 1925. In fact, it was the first airplane built by Captain G De Havviland, in collaboration with Major FB Halford, of the Aircraft Disposal Company (!). It was also, therefore, the first Moth, a famous name in aviation and De Havilland history. Actually, the first Moth was powered by the 60 hp, 4-cylinder Cirrus engine, and was designated 'DH 60 Moth.' The later, 120 hp Gipsy engined Moth became the 'Gipsy Moth'. There was also a 5-cylinder radial 'Genet Moth.'

The Gipsy Moth was the immediate forerunner of an even more well-known De Havilland aircraft, the Tiger Moth. Basically a Gipsy Moth with the top wing moved forward, and then both wings swept back about 10 degrees to regain proper balance, the Tiger Moth was the backbone of military pilot training for England's World War II pilot. To this writer's mind, these two biplanes are the epitome light horsepowered, personal aircraft, throughout the history of aviation.

Two things influenced our decision to draw , construction piers for a 3 inch scale model of the Moth . an engine, and a pair of wheels! About this time, Forster Brothers was making the .99 with 3 two-speed, ignition system. And about the same time, we came across a pair of 6 inch M&S Airwheels, made in England. What better excuse could a modeler want than to build an airplane to suit these items?

The original drawings (which still exist) were made on the backs of blueprints brought from our engineering lab. Several had to be taped together to accommodate the huge soze of the fuselage. A flush-panel door was used for building the fuselage sides. At the time, our workshop was a small laundry area off the family room. The door was temporarily set up on the dining room table while the sides were built. Later, when working on the fuselage in the shop, it was necessary to carry it into the family room in order to turn it around when we wanted to work on the other sidel

As work progressed slowly, while other models were being built and flown, it wasn't until sometime in 1959 that we were ready to purchase the engine. Forster had been advertising a trade-in deal - anty old engine and 26 bucks for a new .90 But wouldn't you know it? When we finally wrote in to get ours, we were told that there were no more 99's available! After a fruitless search, for a new or used one, we again wrote to Forster Bros and explained that we had this plane well on its way, designed around the 99, and now, no engine. Could something be done?

We received an answering letter that is still in our possession. In it one of the brothers said that our letter was so plaintive that they couldn't turn it down, and they were assembling one last engine from available parts, to accommodate our drastic situation! Perhaps we can claim, with written proof, to own the last Forster factory produced .99!

In 1961, the Nationals were scheduled for Philadelphia, only 50 miles or so from our home town of Wilmington, Delaware. We decided that, although we had always built and flown for our own amazement, that we should lake a whack at the 'Biggie' for our first competition. Sound familiar?

The plane was to exact scale outline, rib spacing, exterior construction appearance, etc, but we had painted and decorated it the way WE wanted it - not to any one particular full size aircraft. Consequently, our presentation stated that we finished it as we would do if we were restoring a real Moth..." 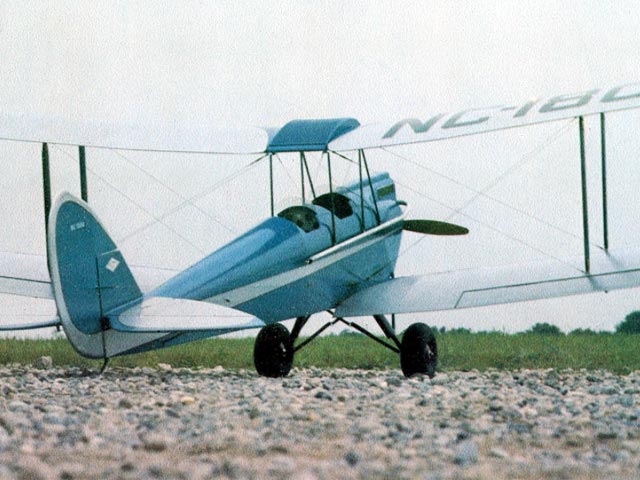