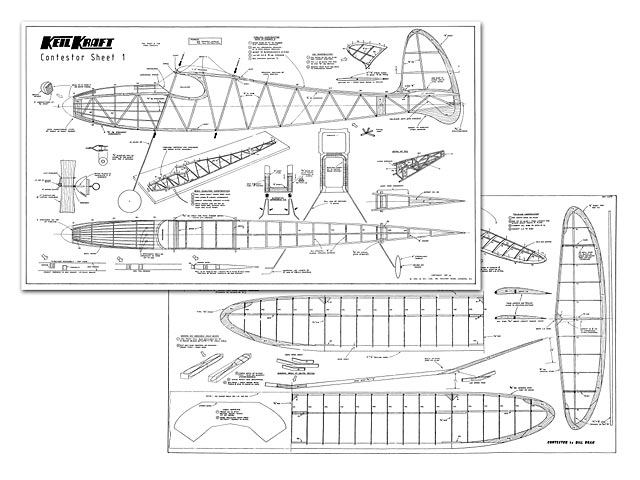 Quote: "An advanced Wakefield design of semi-scale appearance, the Contestor is capable of flights of three to four minutes - in still air. Several new building methods have been developed to both simplify and ensure accurate assembly. "

Update 22/09/2013: Replaced the printwood formers (previously for incorrect model) with correct file, thanks to George. 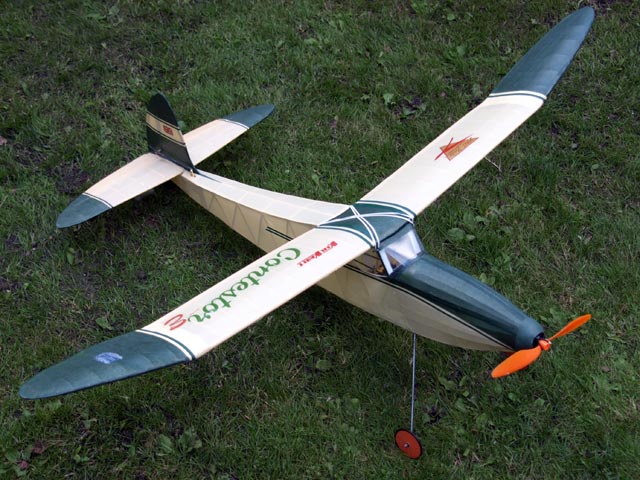 Hi Steve, The first three pictures are related to Keil Kraft Contestor by Bill Dean [more pics 003-005].
Vince - 02/06/2016
Added picture of the completed model, thanks to RobG [model photo/ more pics 06].
Mary - 27/03/2018
Thanks for publishing my picture. As you can see I have converted my Contestor to electric power and rudder only RC, perfect for windless summer evenings.
RobG - 28/03/2018
Add a comment