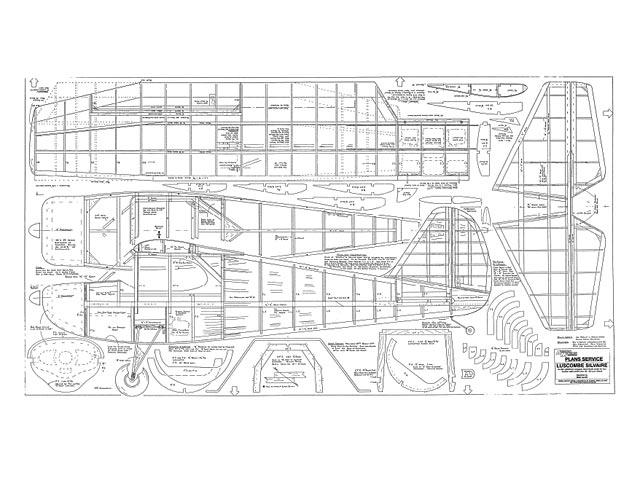 Quote:- "My first encounter with the Silvaire was as a schoolboy in the mid 1950s, staring through the window of my local model shop, at a Keil Kraft 40in span free flight Luscombe Silvaire (oz3943) kit model. It was duly bought, built, flown and, eventually, broken. But the memory and enjoyment of that model has stayed with me over then years until, in 1994. I decided to ressurect it in a new and larger form for radio control, resulting in the subject of this Master Plan feature.
From the very first flight, the prototype behaved impeccably, with no 'trim' modifications needed. It is stable, realistic in flight and well within the abilities of a 'pilot' just emerged from the learner stage. With experience, it is capable of some scalish aerobatics such as wing-overs, stall turns, flat turns, side slips, barrel rolls, loops and spins. The prototype remains undamaged in nearly three years of flying and is one of the models I often select for a really pleasant Sunday outing at the flying field. I sincerely hope it gives you as much fun as it has me.
Building from plans can be quite daunting if you are unfamiliar with this type of model construction and so these instructions have been written to lead you through the process step-by-step as clearly as possible. I hope it will help you enjoy the 'building' as much as the flying..." 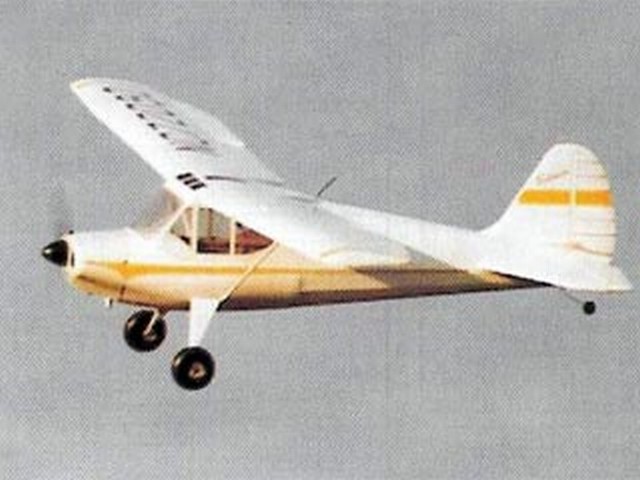