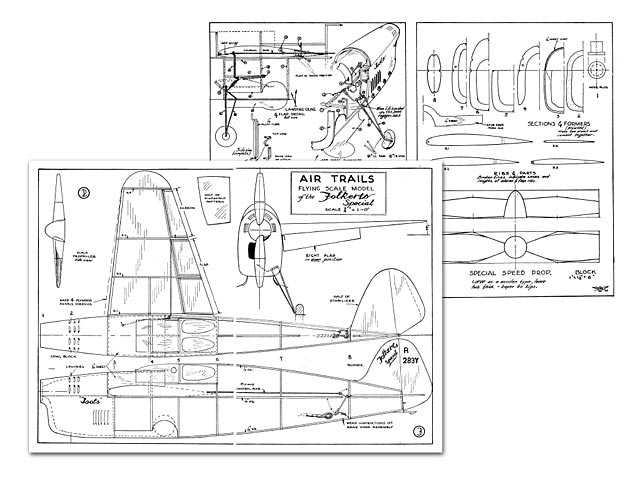 Quote: "Toots has contest?winning zap as well as self-lowering wheels, anti-torque aileron, and flaps! DURING the past several years the trend in light racers has been toward cleaner and safer planes. The new Folkerts Special is an outstanding example in respect to its streamlining and ability to place high in speed events. The achievements of this little racer in the 1936 National Air Races are already well known in aviation circles. The design of the Folkerts is excellent for a flying scale-model racer. The large plane's features are included in the model to the best advantage. The flaps are held up while winding the motor, at which time the right aileron rises from the rubber tension. After the motor is fully wound, the landing gear is pushed up into the wells, where it automatically latches, and the well hatches are closed, all by hand. Then as the propeller turns and the rubber unwinds, the aileron gradually resumes its normal position, and finally the flaps and landing gear snap down. All of these features are incorporated in our 1-1/4 ounce model, and yet it has astounding speed under full control, made possible with the torque-counteracting aileron. That sounds good, eh? OK Let's start work..."

Update 19/04/2016: Replaced this plan with a better copy on one single sheet, thanks to Aeromeddler. 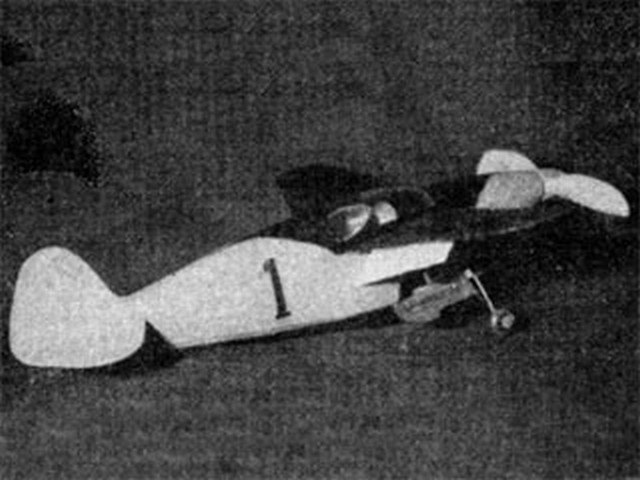