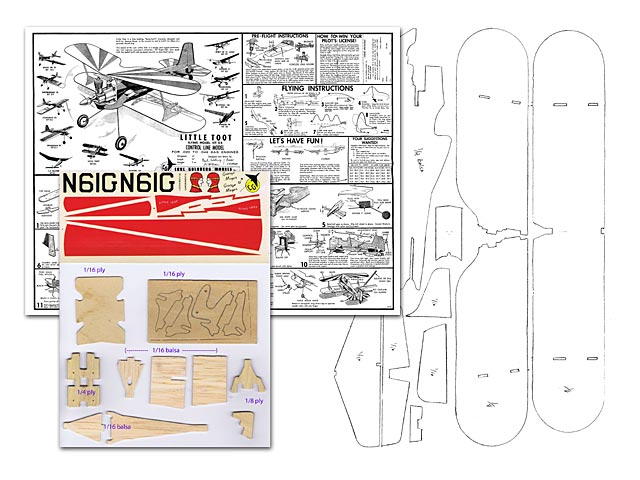 Quote: "Hi Steve, I thought these scans might help with the missing parts. The 1/8th dowels for the main struts are 2-3/8in." 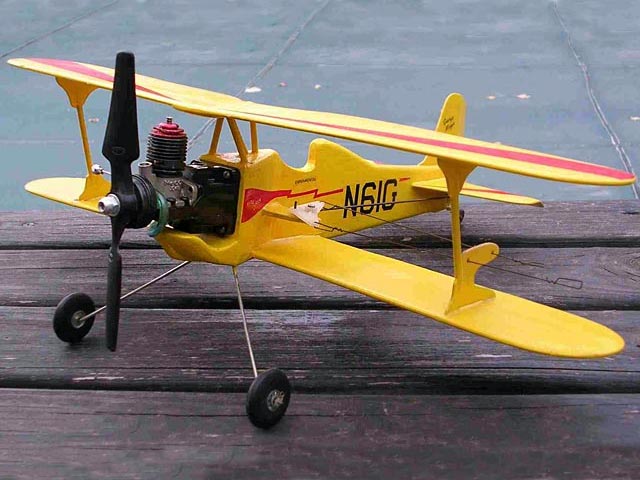 Steve, Here are some photos of the Goldberg Little Toot biplane I built from a kit some 20 years ago [model photo & more pics 003, 004]. Sincerely,
ghostler - 08/05/2013
Added box art pic [more pics 005] thanks to EdShearer.
Mary - 13/09/2017
Wow, I built one of these when I was a kid and that was almost 60 years ago! Didn't know it was still in production only 20 years back.
Steve C - 07/11/2019
Little Toot was my first ever glow powered model, built from the Carl Goldberg kit when I was a kid in the mid sixties. It was doped blue and white and powered by a Cox Babe Bee .049. Like so many first models in those days, its one and only flight consisted of a graceful wingover followed by a less than graceful impact with mother earth. Little Toot would never fly again, but the Babe Bee went on to power many other models, until it was lost in a FF flyaway.
Thanks to Outerzone plans, I was able to build a new Little Toot recently - same colour scheme, but this time with a Cox Black Widow .049 up front [pic 007]. Note the needle valve extension which passes through a hole in the top wing. The cabane strut arrangement is a weak point, and has broken loose several times. An alternate arrangement using music wire and stronger attachment points might be a worthwhile deviation from the original design. The model is an excellent flyer as seen in the video here: https://www.youtube.com/watch?v=O2AQbcSS7Sc
ChrisMoes - 19/11/2020
Add a comment