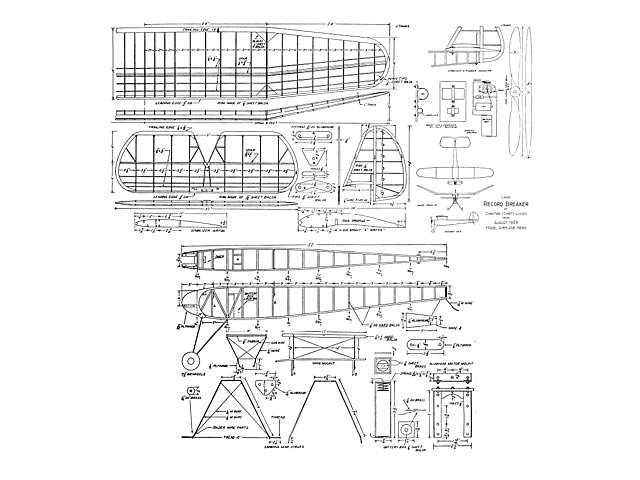 Quote: "Here's a Gas Model That Made a World's Record for Duration and Weight Lifting - How You Can Build It.

TO PRODUCE a consistent championship gas model, a ship must possess these two main flight characteristics:

1. Ability to Soar: Any ship will climb with a powerful riser slamming it skyward, but to have a model take advantage of the slightest trace of a thermal and produce a long soaring glide is to have soaring ability.

2. Climbing Ability Under Power: Utilize every erg of energy in the motor to make the most of the limited run. Every foot of altitude gained in the climb is minutes added to the total length of the flight. Get the model high enough where the more active air currents will affect the ship.

This model has proven to have both of these characteristics to an amazing extent, plus an extreme in stability. In fact it is so stable that it can be made to circle right or left under power or in the glide without having to warp or twist the wings. As a weight-lifting or a radio-control job it cannot be beaten. This model won the Scripps-Howard contest for lifting the greatest weight and then remained in the air for the greatest length of time.

During a recent gas duration contest, with a motor run of 21 seconds, the plane remained aloft for 25 minutes. Upon returning to the field the ship was sent up again with a motor run of 25 seconds, This produced a flight of two hours covering a distance of 25 miles, and incidentally established a new world record.

All of the excess frills and baggage are entirely eliminated, thus producing a straight-forward and simple but efficient design. Its specifications are: Wing span, 8 feet; wing cord, 14 inches; wing loading, 8 ounces per square foot. " 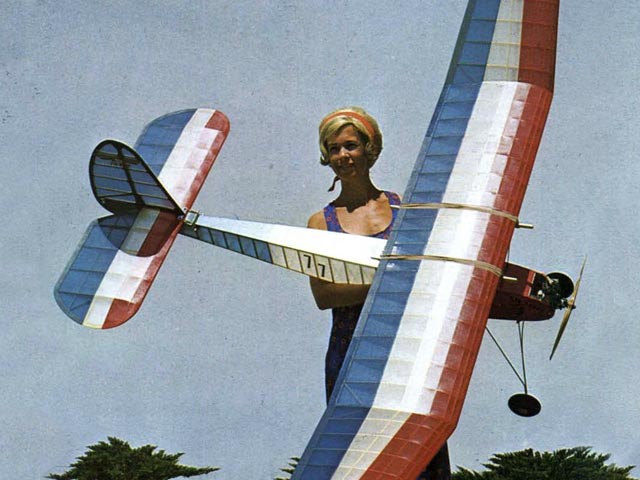