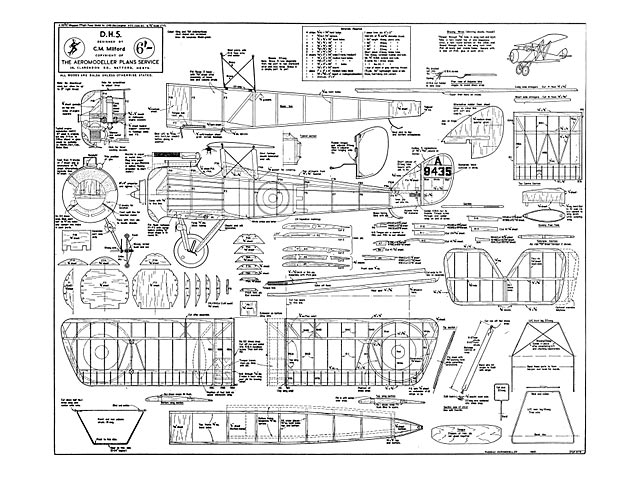 Quote: "KIT MILFORD has been fascinated for years by the D.H.5 with its unique backstagger and classic de H. tail shape. The Aircraft Described feature in the April 1963 Aeromodeller finally set him off, especially as he hadn't then seen the statement in the March issue that it was considered a difficult subject! Perhaps for this reason it has proved perfectly straightforward despite using scale tail areas and dihedral.

The structure was designed on the principle that scale models have a hard life and should be built to last. Hard balsa is used throughout, with silk or nylon covering: dress snaps for assembly, and no
rubber bands except for the correctly bunjee-sprung undercart. Scale rib spacing gives the wings that true World War I character. All this adds up to a really tough model which yet only weighs 10-1/2 oz (with a heavy engine), with a modest 7 oz/sq ft loading.

Stability is quite adequate with the scale tailplane, but a larger version is shown for those who want to play safe, glide trim would be a bit less sensitive with this. Under power the model is very docile, its chief peculiarity is that downthrust merely spoils the take off while having very little effect on the flight pattern. We put this down to the short nose moment plus the heavy downwash from that rearward top wing..." 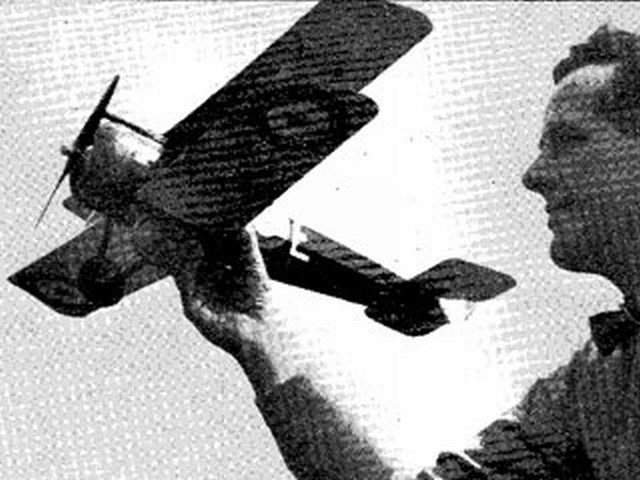