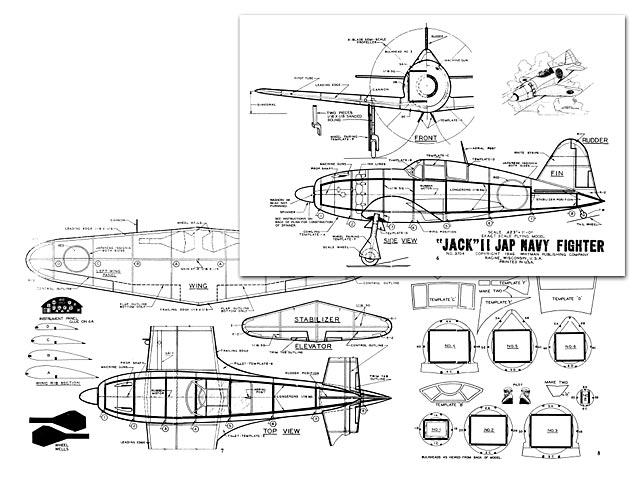 Quote: "Here are a couple of plans from the Flying Aces Club News that I scanned today. Both are from Lin's files. (aka GHQ's files) ...a Mitsubishi Jack II by Whitman from 1946 (now a legal date for FAC dime scale). Span is 15 inches. Airfoil is atrocious! Appeared in the Jan/Feb 2007 issue of FACN."

Quote: "The Raiden plan as posted is messy, so I stitched it back together and tidied it up a bit. The airfoil, as noted in a comment, is really bad for a model this size, but not a challenge to replace with a thin one by an average builder." 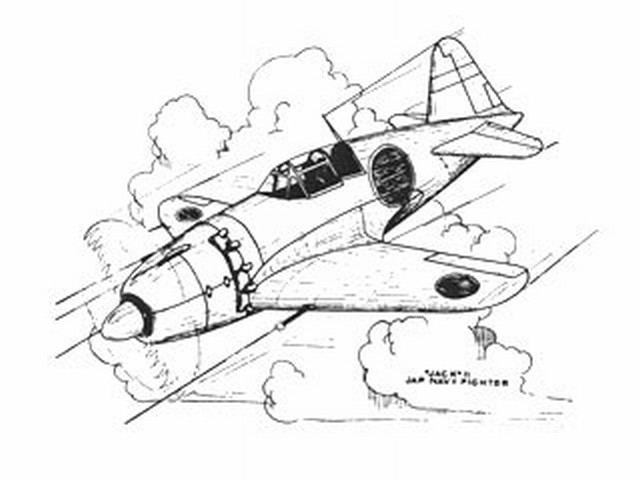