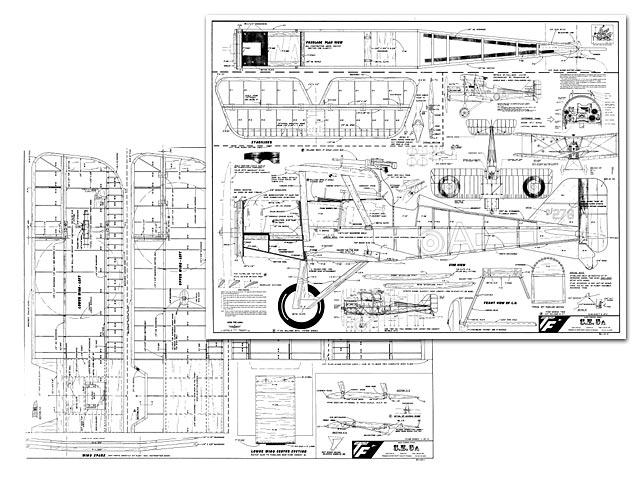 Quote (RCME review): "MY first look at pictures of Dave Platt's SE5 were shown to me by Don Baxter on his return after his visit to the USA where he saw Dave. A few months previously, Dave had written to inform me about the S.E.5 that he was designing for Top Flite and promised me a sample when the kit was released. But I was to get my sample sooner than I expected, for when I arrived at my Club (Eastcote) one night, there was Tony Dowdeswell (Editor) with other members, eagerly studying the best kit drawing of a scale mode] that I, for one, have ever seen. Not only did it have three model size scale drawings of the full-size aircraft, taken from the book 'S.E.5.A' by Charles L Bourget, the plan was also waxed to prevent one's work sticking to it.

Before I could ask Tony who was going to build it, he informed me that I was! Well, my answer - seeing as he had not brought the kit with him - was that I would let him know when I had a look at it the following day. It goes without saying how I reacted.

The quality of the wood in the kit could not have been bettered, even if one had gone to the model shop and selected it oneself; it was graded according to the job it had to do. The only criticism I have to make is that the machined trailing edge sections could have been a lot harder, because when I had covered and doped the wings, I found that after a couple of days they tended to bow slightly. The die cutting was exceptionally clean, even through the 1/4 in ply parts.

Also in the kit are a partly-shaped scale propeller and an aluminium top cowl which, although cut to an outline shape, was not formed to the top radius; I found that by bending it round a 1 pint milk bottle, it produced the required radius. The bottom aluminium cowl was pre-shaped with louvres already pressed in. The Williams Bros 5 in dia vintage wheels, the 2 in scale Lewis gun and the Vickers gun are not supplied but are now available in this country (Henry J Nicholls Ltd) .

The nylon ball joints supplied, which work like snap fasteners, are fitted to the cabane struts and inter-plane struts and save an awful lot of time in assembling the model. These, I am informed, will be available shortly as a Top Flite accessory. The nylon wing mounting screws supplied are supposed to screw into a bass wood block fitted in the fuselage, but unless you have an 8-32 thread tap, these are not of much use. I personally, always use the common old wood screw which has never let me down. Where the Vickers gun protrudes through the top decking, the 1/8 balsa sheeting has to be bent rather sharply. To achieve this, the inside should be clear dopes (shrinking variety) and the outside wetted quite liberally. You will find the sheet will then bend to almost any radius demanded of it.

When covering the model, I used jap silk on the wings and tailplane. These components have scale section and structure and are too fragile to take nylon. When doping, only use one thin coat of shrinking dope (as any more will tend to cause the wing fabric to split when stressed - as I found to my cost) and three or four coats of non-shrinking. The fuselage I covered in lightweight nylon... "

Note this was a complicated kit, and many parts that were in the kit do not appear on the plan. The kit also included aluminium parts for the radiator and engine cowling.

Quote: "I just noticed on the RCGroups thread that your scan of the instruction manual for Dave Platt's Top Flite 53 inch SE5a kit is missing page 2. I've scanned that page, added it to your scan and attach it. Keep up the good work! Dave" 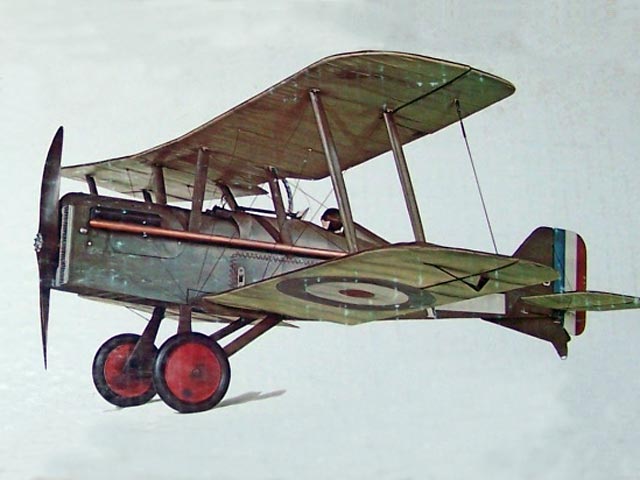