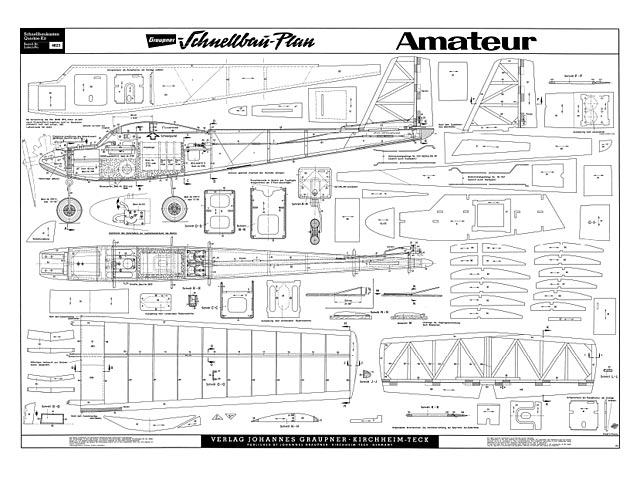 WHEN the preliminary review of this kit appeared in the October 1966 issue of RADIO MODELLER. I thought it would be just the model in which to try out my new OS single channel outfit. A description of the kit's con-tents was given in the Trade News, so it will suffice here to say that I can endorse the statement that this is a quality kit - all the wood being of a good grade and, apparently, very carefully selected for its particular purposes.

The only 'chore' was that of fretting out the few 1/8 in ply parts from the two printed sheets, and this did not really take very long, even with the lowly handframe. These, and the 1/8 balsa ply (beautiful stuff, this!) die-cut formers, help to make a really sturdy job of the fuselage. The building of the basic fuselage is quite straightforward, being simplified even further by the very explicit instructions and detailed exploded view contained in the manual.

I wanted to use the RMK Dynamite and Dynamo, motorised actuators - a natural with the OS superhet as it is a relay receiver - and decided this would be easier if I modified the fuselage slightly. This entailed lowering the engine servo platform to bring it in line with the fuel tank former, as shown in the photograph. This illustration also shows the tank which I made up from sheet tin-plate. It is of the good old square-box variety and has proved quite satisfactory, giving about 12 min run with the OS Pet engine. By lowering the servo platform, a free, out-of-sight, linkage can be achieved, with everything in line. The engine was mounted on a paxolin plate, and slots were cut in the side cheeks at the correct downthrust angle, so that this could be slid in.

The fuselage took only two evenings to build, and no doubt would be even more rapid were one using Graupner gear, when no mods would be necessary. Building the fin and tailplane also took next to no time. The elevators and rudder are cut from a very hard piece of trailing edge stock, and were finished and set aside for fitting after the model was covered. The wing is always the most critical part of any model, and I took great care to ensure both panels were accurate..."

Update 19/01/2020: Added decals zipfile, thanks to Patrick Urbain. These are in CDR format (Corel Draw). 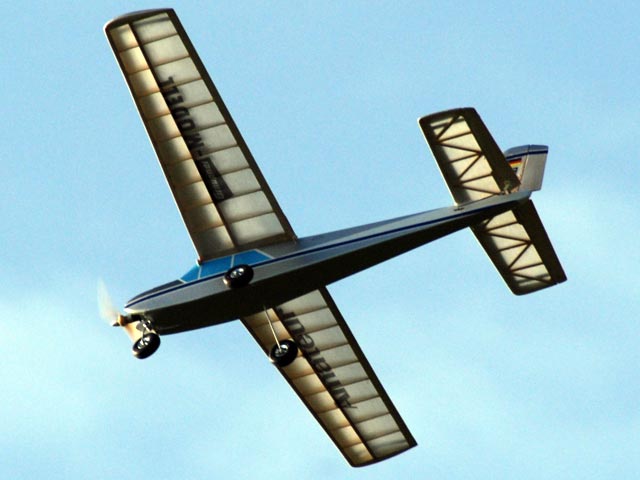