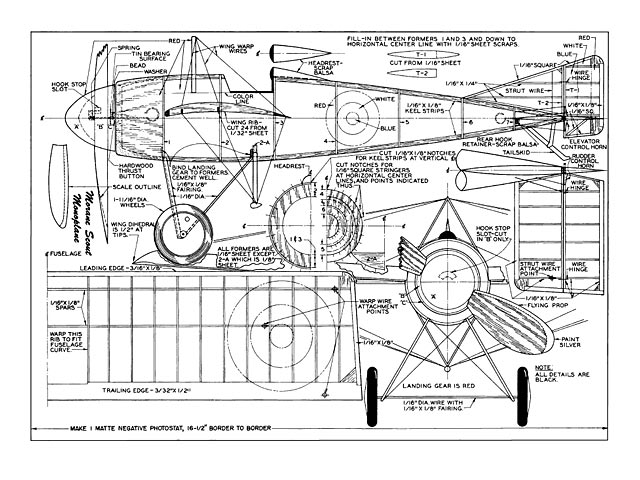 Quote: "Ahead of its time in military aviation, the World War I Morane Monoplane makes a fine flying scale rubber model... Here's your WWI ship, and it has a single wing! We're lazy ourselves, and hate to build more than one wing, but the bug for WWI airplanes captured us long ago. After a search through old pictures and articles, the Morane Scout Monoplane was found, and seemed to be the answer to the problem..." 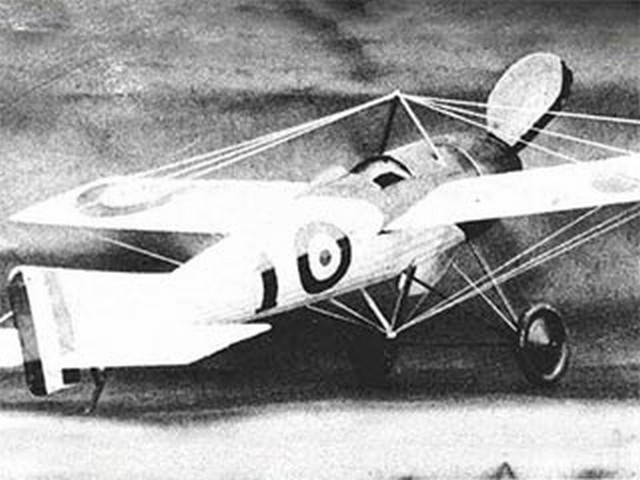 In the Morane Scout directions there is a missing page of instructions, I believe pg 32 or 37. Important text regarding final construction.
anon - 07/11/2016
This was a very satisfying build [more pics 005, 006]. I have no complaints. Some text seems to be missing, but you get enough information to get you going.
TonyM - 05/09/2017
Add a comment