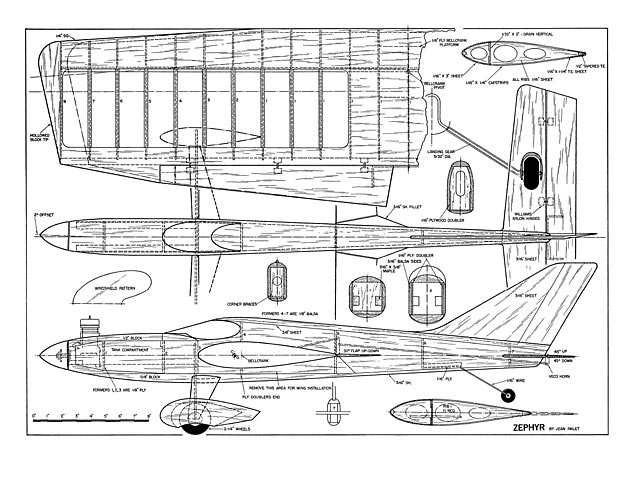 If you are looking for the secret to winning performance in stunt competition you'd best stop reading this article right now! If you are looking for the airplane that is going to give you guaranteed contest-winning performance you might as well not even glance at the accompanying plans! These statements are made with the firm conviction that what you desire can only be obtained on the flying field - in other words, practice, practice, practice, and then go back and practice some more!

The articles you read (this one included) may provide you with some interesting design knowledge and techniques; but more than likely they will present the author's pet theories which have been 'proven' to his satisfaction, if proven at all. The planes you build can only provide the medium through which you can express your flying ability. So, I repeat - if you want to win: go fly! Then, when you are satisfied with your performance you will find that the 'Zephyr' will provide you with a stunt model capable of translating your touch into trophies.

Generally speaking, stunt models follow a fixed pattern which yields a configuration roughly as follows: 500 to 600 square inches of wing area, 10 to 15 percent of wing area is flap, horizontal tail area is 15 to 20 percent of wing area, thickness is 15 to 20 percent of wing chord, the nose/tail moment arm ratio is about 1:1.7, and wing loading is from .8 to .10 ounces per square inch. Even those models which vary considerably from the wing area I've cited conform to the other criteria. Therefore all the fancy curves and/or angles you utilize in laying out the external shape are for the most part, 'window dressing'. One other basic variable however, plays an important part in flight performance and that is the airfoil you use and I will now get into the specific design and construction of the 'Zephyr' by beginning with a reference to its wing section.

The airfoil used is the NACA 63-018, with a flatplate-type flap added to it. My experimentation with different airfoils has convinced me that this is the best one for stunt models that I've tried to date. By adding the flap (as is common with most stunt jobs) the lift/drag characteristics of the basic airfoil are completely altered and the NACA information on it is rendered valueless to a model designer. (Generally speaking, such technical information as is available is based on a Reynolds Number range so much higher than that encountered by our models that it is of little use, anyway) .

Sticking the flap on as an appendage also has the effect of reducing the thickness of the airfoil proportionately to something around 15% of the chord. Also, on the 'Zephyr' as on most stunters, the flap chord tapers more rapidly than the chord of the wing itself and does not extend to the wing tip. You have the effect of a thicker airfoil (in percent of chord) at the tip than at the root..." 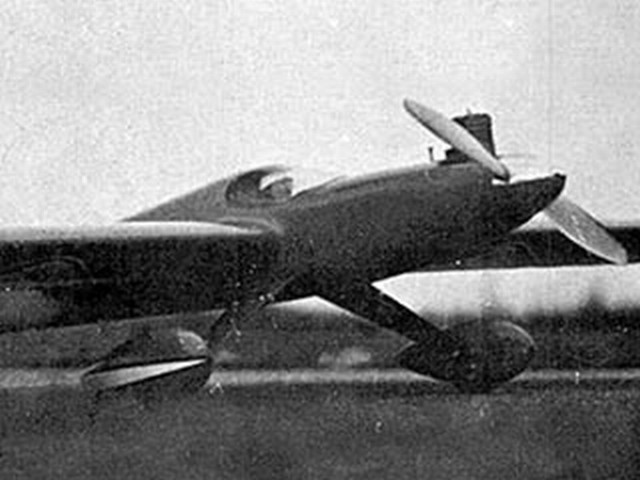