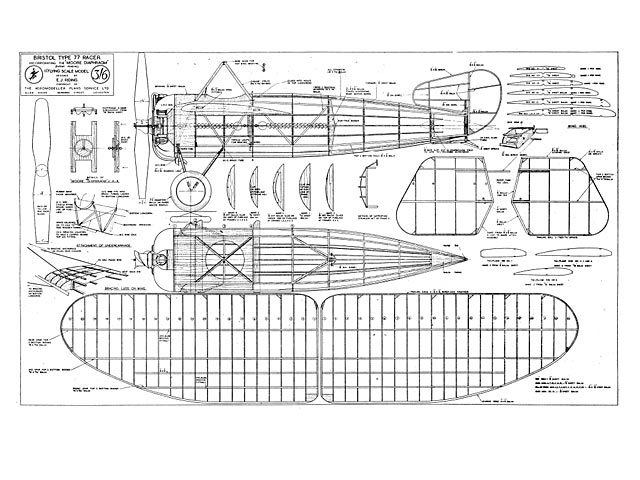 IN September 1920, the Bristol Aeroplane Company Ltd registered an M.1D wire-braced shoulder-wing monoplane. This machine in its original form was known as the type M.1C or type 20 and was designed by the late Capt FS Barnwell during 1915-16.

The Bristol monoplane was of remarkably modern appearance and was considered by pilots who flew it during the last war to be the best single-seater fighting scout of its time, It was, however, not put into regular squadron use and saw service mainly on the Eastern Front during 1916-17. About 130 machines were built and they were fitted with the 110 hp Le Rhone rotary 9-cylinder engine.

The 77 racer was similar in most respects to the original design but had been modified to take the Cosmos Lucifer 3-cylinder radial engine of 100 hp, in which form it was entered and flown in most of the important race meetings held in this country between 1921 and 1923.

The machine was registered G-EAVP and during its somewhat brief career it managed to win the Whitsun Handicap race at Croydon in June 1922, piloted by CF Unwins, and the Aerial Derby Handicap of the same year in the hands of the late LL Carter, at 149 mph. It was also entered in the 1922 King's Cup race but was forced to retire after covering only a few miles. Its final appearance was in the Grosvenor Challenge Cup race held at Lympne on June 23rd 1923, when it was flown by Major EL Foote.

About half-way through the course, Major Foote complained that he was suffering from the effects of petrol fumes and subsequent inspection showed that the petrol tank was fractured. This was hurriedly repaired and the machine was able to continue its journey. Watchers along the course saw the machine flying low over the Fox Hills estate and a few moments later it crashed and burst into flames near Chertsey, Major Poole being instantly killed and the machine totally destroyed.

Fuselage. The fuselage of the model was constructed in the usual manner, a sheet of tracing paper being laid over the plan and the 1/8 x 1/8 balsa longerons and cross members pinned and glued into position..."

Quote: "Going this time to the October 1944 AEROMODELLER. The cover is once again a C. RUPERT MOORE painting featuring a BRISTOL TYPE 77 RACER. More to be found on this aircraft inside... Well known E.J. RIDING presented his latest scale rubber design in this issue the BRISTOL 77 RACING MONOPLANE. It’s predecessor, the Bristol monoplane, was actually considered the best WW1 single-seater fighter scout of it’s time. The construction article has many photos. I could find no scale on the plan reproduction but the wing wingspan in my plans handbook is given as 45 1/2 inches." 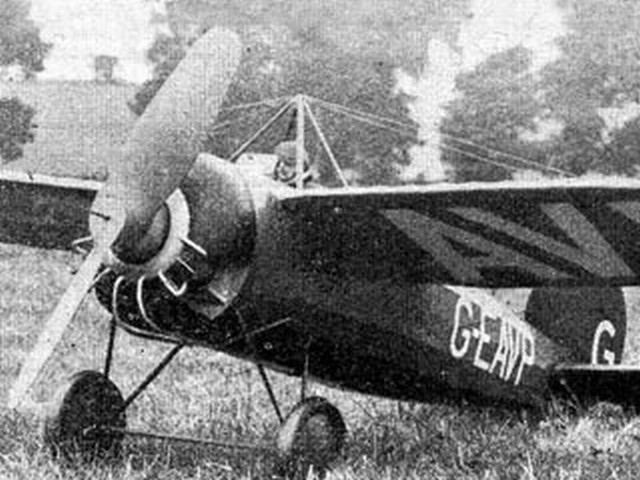