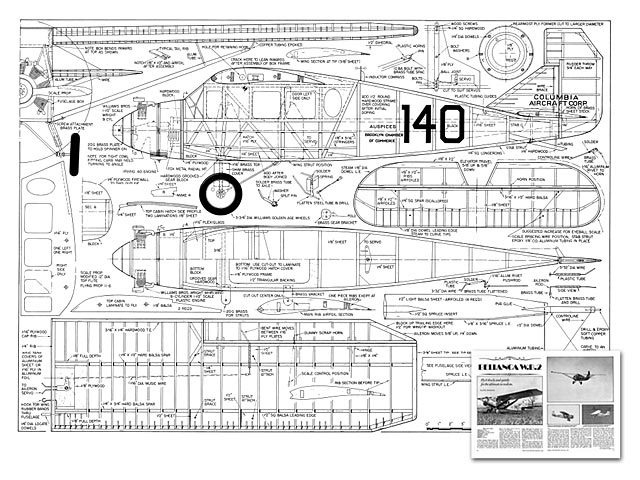 Quote: "When Guiseppe Bellanca stepped off the boat from Italy onto American soil in the 1920s, no one imagined the influence he would have on the future design of passenger-carrying aircraft. With typical, classical Italian simplicity of design, he produced a functional outline and filled it with infinite detail to give performance and reliability.

It was not easy to find work in the mid-1920s, but Bellanca was lucky enough to land an order to design a flying test bed for what was to become the world's most reliable radial engine - the Wright Whirlwind. Although only 220 horsepower, it would seemingly go on forever; Bellanca decided to design a ship capable of lifting the maximum in fuel to exploit this advantage. The result was the WB2 model. The wing was enormous, heavily undercambered, and secured with four large wing struts which were also of lifting section (a 2-1/2in chord on the model, which poses the question as to whether the WB2 is technically a tri-plane for model judging purposes!). Even the fuselage was of lifting profile, and the cabin as large as possible to take the payload it was able to lift. The nose was a beautifully faired cone, covering half the Whirlwind engine. By the standards of the day, this was a clean and efficient airplane.

Its success story is well known. It won cross-country races, carried up to six passengers on demonstration flights, and finally made history by flying over New York for 52 hours, using the fuselage as a giant tank to hold some 600 gallons of gas.

Colonel Lindbergh was at this time considering his transatlantic attempt, and felt that the Bellanca was the only airplane capable of crossing the ocean. He set about collecting funds, and went to purchase the plane with a check for $16,000 in his hand. But by this time, it had passed into the hands of a somewhat shady scrap dealer named Levine, who would sell the plane only on the condition that he, Levine, could nominate the crew. This was out of the question for Lindy, so he approached the Ryan company, who offered to design and build a plane for $10,000. The result was the famous Spirit. The similarity between the fine nose of the Bellanca and that of the Ryan suggests the respect the industry had for Bellanca's new approach. In my own opinion, the WB2 was far superior to the Spirit; had Lindy bought it, I am sure his Atlantic crossing would have been much easier and safer.

Some 14 days after Lindy's triumph, Levine took off for Europe in the Bellanca. If it hadn't been for a series of legal battles, and fights with his pilot, he would certainly have been the first. As it was, the Bellanca staggered off the muddy New York field weighing 8,000 pounds that's the weight of a fully armed WW II Wildcat, with about 1,000 less horsepower! With the same Whirlwind engine as in Lindy's Spirit, the Bellanca carried two men in comparative comfort, and the airplane was much more stable and easier to fly. The fuselage was an enormous tank, on top of which five-gallon drums were strapped. Some 42 hours and 3,911 miles later, the aircraft was over Germany, having easily outflown the Ryan. By now, it was down to its unloaded weight of 2,000 pounds and flew so slowly that the German ground crew at an airfield were able to drive a truck alongside the plane and shout directions to Berlin. But it was not to be - the Whirlwind sucked its last few drops of gas and the plane landed in a field just 100 miles short of Berlin.

From a modeler's point of view, I had had a long swing at WW II aircraft. At the moment, I have Hellcat and Wildcat (oz2848) both available as MAN full-size plans, #279 and #308, respectively - Fiat 050, Zero-sen, and Thunderbolt; so I thought I would aim at a slow flying, quiet, relaxing prototype. I had built a few Bellanca rubber jobs in the 1930s, and they flew well. So, here we go!

Construction. Wings. The main construction is simple enough; the ribs are slid down the spars to keep a clean outline. If you are not used to undercambered sections, don't panic - they just take a little more care when covering.

With the undercamber, aileron drag can be a problem, with a flap-like effect. For this reason, I have used a system I tried on a single-channel model years ago. It consists of a torque rod, bent to a suitable angle, rotating in-side a ply box in the ailerons. The sketch will show how it works. The angle of the wire and the bend on the end decide ex-actly how much differential aileron move-ment is provided. Aim for very little 'down' movement, and plenty of 'up'. This makes flying much easier, eliminating the need for rudder coordination on the turns.

You will see that the wings are in two pieces. I did not want a one-piece wing because this weakens the cabin, and can cause transporting problems in our small European cars. The linkage between the ailerons and the servo, mounted in the center section, is a modified Graupner fitting designed for gliders; but it's not difficult to make one yourself. The servo drives a large arm with drive pins at the end, which engage in a fork attached to the normal bellcrank in each wing. The bellcrank drives a push wire down to the ailerons, where it connects to the torque rod working between two ply plates. The plan will show how easy it is.

The wing rib spacing is scale, and you will note that the ribs are not evenly spaced. Each station carries two sub-ribs. If you cover the model with fabric - as you should - it looks a beaut with these
in. Tell yourself that while you are cutting the little beasts out - it really is worth it. The trailing edge is birch, spruce, or other hardwood..." 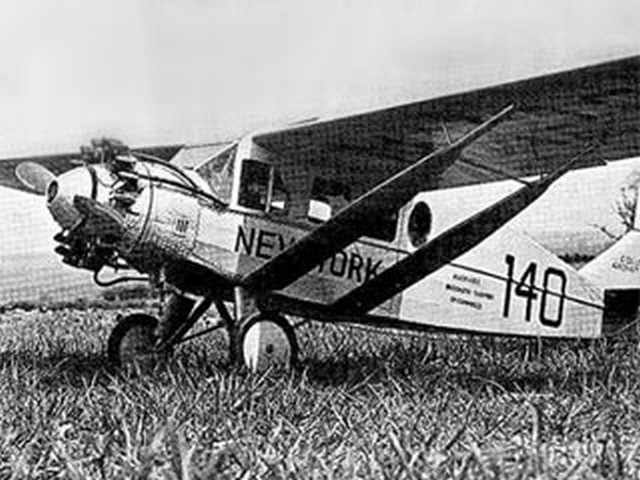