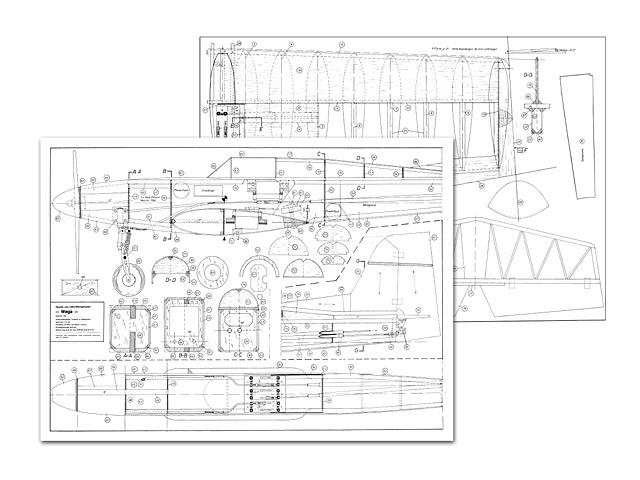 AS THE FIRST kit from Robbe tested by Radio Modeller, the Wega makes an interesting introduction to their concept of kit design and production. It is a streamlined and rather aggressive looking low-winged machine, of very low aspect-ratio, for four-function radio and (it says) .35 to .61 power. The contents were fully described in the September 'RM Trade News', but the main point that strikes one is that, although the kit contains a wealth of nice quality wood, the only fittings included were the two main u/c legs, wheel collets, clamps, and a packet of mylar hinges. (The nice looking scale type noseleg shown in the plan and on the boxtop is not included - nor is it, apparently, in the Robbe catalogue).

Getting it together: The wing is built up, rather than foam, and I was delighted to find spruce mainspars supplied. Ribs are all pre-cut and need only light sanding. Having built the two panels, ready to join with the ply brace, I decided that the '45mm under one tip' (just over 1-3/4 in) was too much for this sort of aerobatic machine, so I joined the wing with the top surface flat on the board. This was my only 'mod' and I believe it was justified. The centre section requires to be wrapped with glass fibre bandage, but that in my kit was not quite sufficient.

The fuselage goes together well, being built inverted on the plan - but it's necessary to refer to the illustrations of the engine bearer assembly frequently as it is easy to misalign these. The formers are marked to take cables but, as these are not supplied, I used pushrods, only needing to open out one former to take them. The sheet balsa sides have ply doublers at the wing seat area, and the turtle decking is only Ain. sheet balsa wrapped over. This tended to give just a slight 'starved horse' effect - perhaps a planked decking would have been better. The canopy is supplied, not in moulded form, but as acetate sheet, from which quite a presentable one can be built up.

Finishing: I covered the model entirely with heat-shrink film (that fancy pattern on the wing is actually in green and gold) and, with its radio gear installed..."

Quote: "In a discussion at RC-Network recently some issues with the Wega planfile came up - bad fitment, incorrect size for example. Now, attached you will find our update (warped lines reduced, size fitted to printer page size, cleared markings). We will build a few of these Wegas during winter time. Harald" 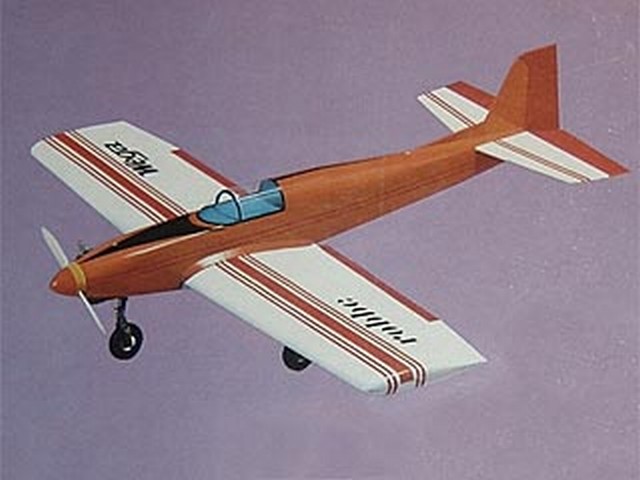