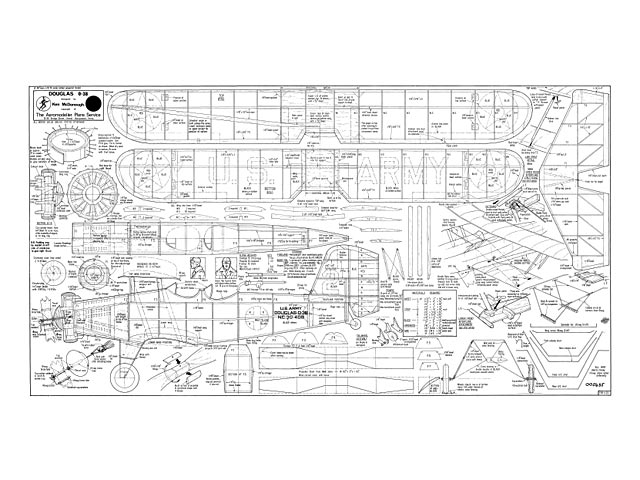 Quote: "A RARE SIGHT INDEED in these 'instant, easy modelling' days, is that of a rubber powered scale model flitting across the skies, the only noise being that of a large propeller turning slowly, and the skein of rubber vibrating inside the hollow fuselage.

The challenge in building such models comes not only from building a reasonable replica of a full-size machine, but also in the model's flight performance. Too much weight kills the flying ability, so this unwanted factor must be pared to a minimum - while of course retaining sufficient strength to with-stand the occasional bump! Allied to this fascination is of course one other great advantage- the models are cheap to build! No expensive engines with their attendant messy fuels, no fuel proofer, much less balsa, and even less paint is required - just a few feet of rubber and preferably an old hand drill and you have all the 'accessories' you need.

The designers choice of model was the ever popular biplane, in this case the Douglas 0-38, an aircraft which was widely used in the mid-thirties by the US Army Air Corps as an observation machine. There were several versions of the basic design powered by the 450 hp Pratt and Whitney Wasp and 525 hp Hornet engines. The O2MC, externally similar to the O-38 was built for the Chinese Nation-alist Government.

The near-scale model flew straight from the proverbial drawing board and has proved a reliable performer through three flying seasons. Apart from a motor breakage, necessitating a splice in one of the longerons, no damage has been sustained and the airframe should last indefinitely.

Rubber-powered scale models are fascinating to fly. With a slow, stable machine such as the O-38, the flight pattern is delightfully consistent and each landing is a gentle three-pointer. Provided that the all-up weight is kept to 13 oz, flights of 60 seconds duration can be expected. As the structure of the model is conventional and the plans practically self explanatory, the notes will be confined to those points which demand special attention. First, a word about adhesives. Use balsa cement for the fuselage box frame and for any joints which will not be subject to warping..."

Quote: "...a classic scale rubber design by KEN McDonough. It's his 40 inch wingspan DOUGLAS O-38. The original biplane was used during the 1930s by the U.S. ARMY AIR CORPS as an observation machine. Reading about it flying in Aeromodeller it performs extremely will at a slow scale speed. I was so struck by the plan that I built it a few years ago but unfortunately the complete uncovered model dropped tail first onto a cement floor while I was photographing it and destroyed most of the fuselage. Will soon remake a fuselage and get it together again." 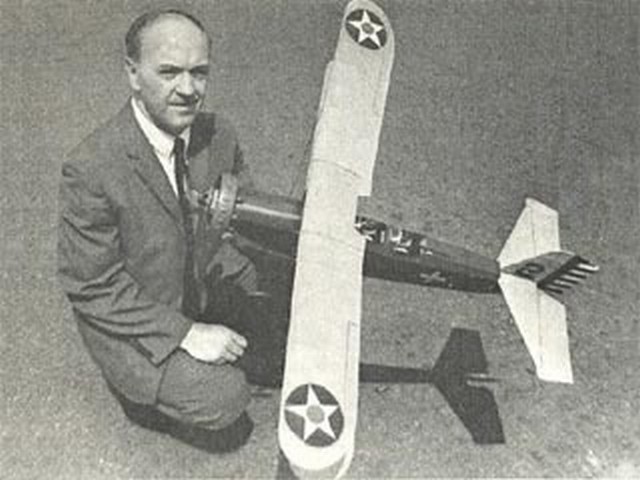 Colour photos [see more pics 004, 005] of his completed model are by Algy. He says: "Seems to be a bit of interest also in the DOUGLAS O-38 rubber scale plan I also posted. Mine as I said crashed with a loud crunchy sound tail first onto a cement floor destroying the rear of the fuselage when I was photographing the finished framework. Found just two of the photos left from that photo session and have posted them here as an inspiration to other would be builders. It is a lovely model to make."
SteveWMD - 10/03/2013
Add a comment