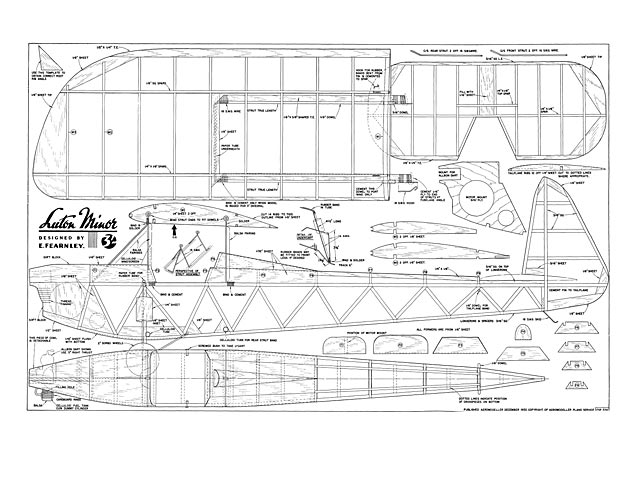 Quote: "Many modellers have avoided flying scale jobs for various reasons, the main snags being the amount of work required and the greater suscepti-bility to damage likely to be encountered. The Minor is the complete answer to all that - so much so that even a comparative novice can build and fly it with confidence. Construction is very simple and the model so strong and light that it will absorb a tremendous amount of rough handling during the trimming stage with little likelihood of serious damage.

As shown, any motor up to 1 cc may be used; the prototype used a Dart, which meant a little nose ballast, but with a 6 x 4 prop take-off was accomplished in about fifteen yards in still air. The climb was slow and steady - true to scale - and is extremely pretty to watch.

The fuselage is of conventional box construction, the two sides being first joined at the cockpit and the ends then drawn to position. Add formers and stringers and motor mount; with larger motors it is advisable to drop the thiurst-line slightly, to allow sufficient ply all round. Add nosebloacks and form the wire centre-section struts, binding securely to the logerons..." 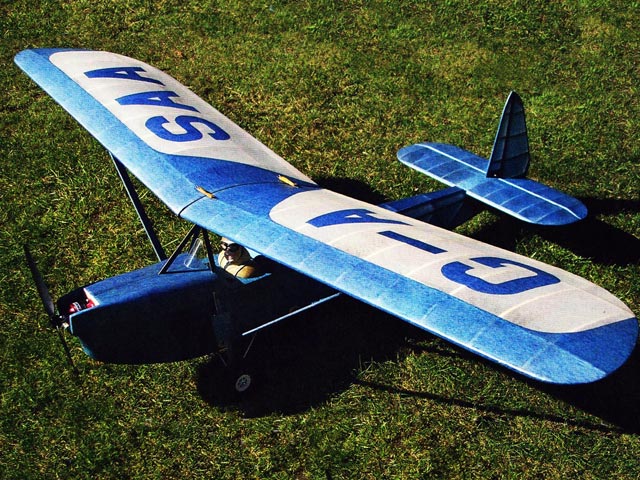