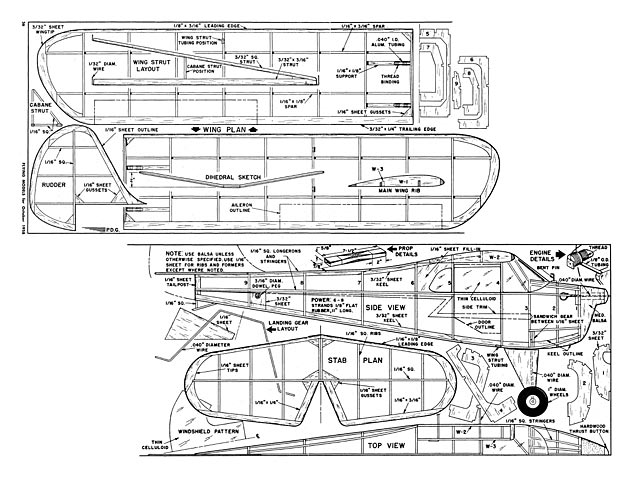 Quote: "Half the fun of flying rubber-powered scale models is their simplicty and the pleasing lines of the prototype.

In the late 1930's things looked promising for the lightplane industry in the United States. Interest in private flying was on the increase and many manufacturers, peering into their crystal balls, foresaw a tomorrow when 'a plane for every family' would be a reality. The full-scale Aeronca K this model was copied from, sold for $1,590. You had to have $470 in hard cash to get your ship and had twelve months to pay the balance.

This price and the good name of the Aeronca Corporation, coupled with the fine flying qualities of the ship, made it famous. Several models of the K series were manufactured. These had minor changes in engine mounting and cowl outlines. We chose to build the first ship in the series which featured a 40 hp Aeronca E-113C engine.

From a modeller's standpoint the aircraft makes a fine flying-scale model. Its not too difficult to build and plenty of realism can be given to your ship by adding details that take little time to construct. Some examples: Gas tank caps and dummy cylinders.

Construction. Let's begin construction with the fuselage as this is the part that requires most of our attention. There is one innovation we have made which should please many model builders, old and new. Instead of the conventional side-frame constructon which is prevalent for model types such as this, we have chosen to adapt it to the half-shell method of construction - often used with rounded bodies. This proved to be more than satisfactory, as we have eliminated the problem of..." 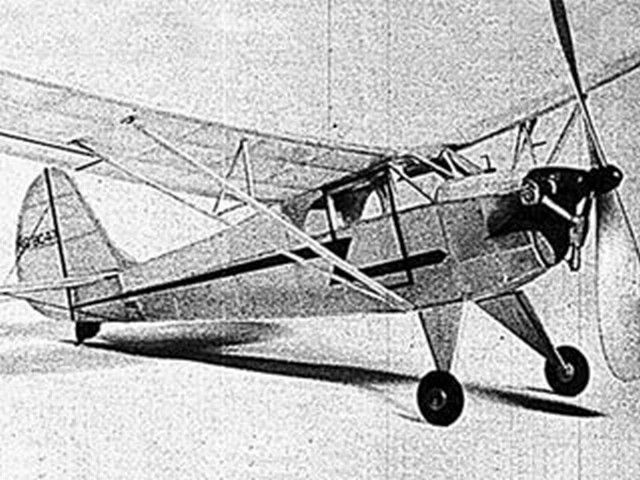