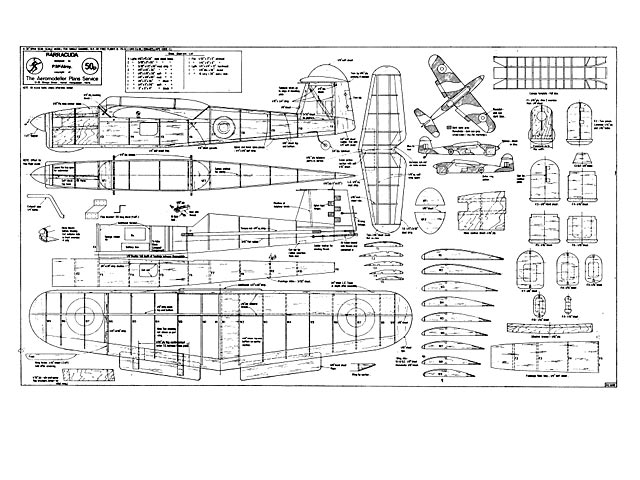 Quote: "Going to the March 1971 AEROMODELLER in search of Free Flight Plans. One free flight plan to be found in this issue and it’s a scale FAIRY BARRACUDA from WW11. Designed by PHIL McALROY it’s of 32 inch wingspan and powered by a Mills .75cc diesel. Phil said the model is near scale and designed for flying over rough ground. The plan is to 1/8th scale."

The Fairey Barracuda, although never a popular aircraft, had one main asset. A former FAA Oberver in Barras relates that on reconnaissance patrols over towards Norway, it could turn inside the Ju 88s sent to intercept - the allies' scheme therefore was to get down to sea level and keep turning!

This model, with the exception of the tailplane, is near scale and designed for flying over rough ground. When looking at a scale model the designer finds that life is made much easier by applying 'Mac's fifty-foot rule' - just picture how the model looks at an altitude of 50 ft and build accordingly. It won't win the Nats, but you will have more fun flying.

The model was originally flown free-flight. in which form it flew extremely well with its Mills .75 cc powerplant. Later, single channel radio control equipment was added (an RCS Guidance System with Conquest escapement) and was found to give excellent results. although not recommended as a first R/C power model. However, anyone experienced in handling a single channel model should have no trouble. A version built for free-flight can easily be adapted to R/C at a later stage if required, with very little surgery involved.

Fuselage sides are cut from medium soft 3/32 sheet with former positions marked on the inside. Cut out both under-wing windows and fix sheet acetate to the inside. The fuselage floor from F1 to F5 is of soft 1/4 in sheet, with a further piece of similar sheet extending to F6.

Begin by pinning down the main floor tray, then adding bulkheads F4 and F5, dropping the fuselage sides on to the tray at the same time, (note the slightly different construction required if using R/C). Ensure that both sides meet squarely at the tail but do not fix yet. When set, add formers F2 and 3. Bring in tail to F11, then add the remaining farmers - remember the cutouts for escapement controls if required. Offer up the second piece of the fuselage tray between F5 and F6..." 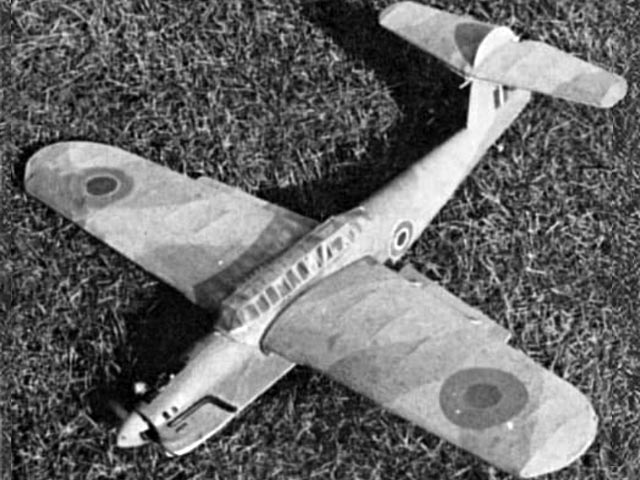